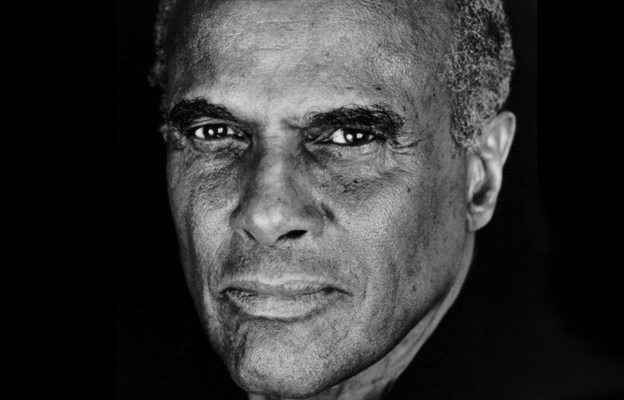 Legendary Harry Belafonte has supported and encouraged civil and humanitarian causes around the world.

He became one of Martin Luther King, Jr.’s closest confidants. Belafonte is definitely one of the trailblazers of the African Diaspora. He continuously fought for racial equality wherever he roamed, from the halls of Broadway to the streets of Birmingham.

Harry Belafonte ‘s life-long commitment to uplifting others and his courageous efforts to bring equality and peace has been an inspiration for so many.

“Each and every one of you has the power, the will and the capacity to make a difference in the world in which you live in,”

Jamaican-American musician, actor and human rights activist, Harold George Belafonte, Jr. was born on March 1st, 1927 in poverty-stricken Harlem, New York. Though born in Harlem, Harry’s mother sent him to live in Jamaica, the island of her birth, when he was still a child.

Harry Belafonte returned to Harlem as a teenager at the outbreak of World War II. Belafonte achieved great fame when his 1956 breakthrough album Calypso became the first full-length album to sell over 1 million copies.

Over the years, Harry Belafonte turned down millions of dollars in lucrative contracts for T.V., film, and records. Multiple times he declined offers that required that he perform with a non-integrated cast or perform a role he felt was not positive towards Black Americans.

Harry always insisted that all people of color, no matter their role, be treated as equals on and off the stage. In 1956 he would become the first musician in the world to have an album go platinum. By 1960, Belafonte became the first African American T.V. Producer to win an Emmy.

In addition to his multiple awards, Harry is also credited with introducing talented musical artists, such as Bob Dylan and Miriam Makeba to the American audiences.

Harry Belafonte learned about social justice from the writings of W.E.B. Du Bois as well as his friend and mentor, Paul Robeson. Belafonte witnessed the harassment and career consequences that Paul Robeson had faced from the government after he had become outspoken against racial inequalities.

When the FBI began spying on Harry Belafonte, he decided to curb his political speaking and begin supporting the civil rights movement from behind the scenes.

Though Belafonte still walked in picket lines, protests and rallies, his greatest support came when he leveraged his wealth to fund much of the movement. Every organization needs a fundraiser, accountant, tax consultant, and financial advisor.

Harry often took on those roles throughout the civil rights movement. He participated in concerts used to raise funds and awareness after the Emmet Till lynching and actively fundraised for the Southern Christian Leadership Conference.

Because of his efforts, Belafonte was noticed by Martin Luther King, Jr. During the Montgomery Bus Boycott, the two men met and became close friends and organizers. He began by giving financial advice to Dr. Martin Luther King Jr. and soon became of one King’s most trusted advisors.

Belafonte was also a friend and supporter of John F. Kennedy and became the key communicator between Martin Luther King, Jr. and the Kennedy Administration. When Dr. King was held in Birmingham Jail, Belafonte organized fundraisers and benefit concerts to provide bail and to keep the campaign running.

In many ways, Harry Belafonte managed and expanded the economic engine of the civil rights movement, including the freedom rides organized by the Congress for Racial Equality (CORE).

After working with the student groups organizing sit-ins, he donated $60,000 to support full-time staff and provide an office for the Student Nonviolent Coordinating Committee (SNCC).

In 1985, he helped to orchestrate the recording of the Grammy Award-winning song “We Are The World,” a multi-artist effort to raise funds for Africa. In 1987 he produced a Broadway play about apartheid entitled Asinamali!”

Belafonte owns his own music publishing firm and a film production company. In 2000, Belafonte won a Grammy Award for his lifetime achievement in music. In 2002 Africare awarded Belafonte the Bishop John T. Walker Distinguished Humanitarian Service Award for his efforts to assist Africa. Belafonte is without a doubt part of our finest trailblazers of the African Diaspora.

“When I was born, I was colored. I soon became a Negro. Not long after that I was black. Most recently I was African-American. It seems we’re on a roll here. But I am still first and foremost in search of freedom.”

SOURCE:  Based on materials from nps.gov, moralheroes.org