A’Lelia Bundles is also the author of On Her Own Ground: The Life and Times of Madam CJ Walker, the award-winning, New York Times bestselling biography of her great-great-grandmother.

As an author and journalist A’Lelia Bundles also published her 4th book, The Joy Goddess of Harlem: A’Lelia Walker and the Harlem Renaissance, a biography of her great-grandmother.

As president of the Madam Walker/A’Lelia Walker Family Archives, she shares the history of her famous ancestors through speeches, publications, memorabilia, documents, and several public initiatives.

Her critically-acclaimed, best-selling biography, On Her Own Ground: The Life and Times of Madam C. J. Walker [Scribner/2001], was named a 2001 New York Times Notable Book, a 2002 Borders Books-Hurston/Wright Legacy Award finalist, the 2001 Letitia Woods Brown Book Prize winner by the Association of Black Women Historians for the best book on black women’s history, a 2002 Honor Book by the Black Caucus of the American Library Association and a 2001 Go On Girl! Book Club selection.

The first truly comprehensive account of Ms. Bundles’s great-great-grandmother’s life, this nonfiction book is based on nearly three decades of her meticulous research in the libraries, historical societies, courthouses and private homes of more than a dozen U. S. cities.

A’lelia Bundles enjoyed a 30-year career as an executive and producer in network television news. From 2000 to 2006 she was director of talent development for ABC News in Washington, D.C. and New York. S

he was deputy bureau chief of ABC News in Washington from 1996 to 1999, after twenty years as a network television producer with ABC and NBC News. From 1989 until 1996 she was a producer with ABC’s “World News Tonight with Peter Jennings.”

While at NBC News from 1976 to 1989 in New York, Washington, Atlanta and Houston, her assignments for “Nightly News,” “Today” and several primetime specials and magazine broadcasts included Jesse Jackson’s 1984 presidential campaign, the 1984 Democratic Convention, the Atlanta youth murders and several hurricanes. 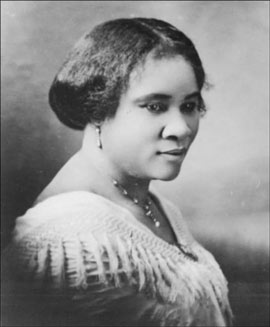 Ms. Bundles’s speeches about Madam CJ Walker, entrepreneurship, philanthropy, the politics of hair, media and journalism have been well-received across the country by audiences at conferences, libraries and educational institutions including Harvard University, the National Archives, the Israeli Presidential Conference, London City Hall, Spelman College, the U. S. Postal Service, Princeton University, the Smithsonian Institution, the Library of Congress and several book festivals.

Her articles have been published in the New York Times Book Review, O (The Oprah Magazine), Parade, Essence, Fortune Small Business, Black Issues Book Review, the Radcliffe Quarterly, several other magazines and on her websites and blogs.

She also serves on the advisory council of Radcliffe’s Schlesinger Library at Harvard University and the Woodlawn Conservancy of Woodlawn Cemetery in Bronx, New York and is a member of the publications committee of the Indiana Historical Society.

She served as a juror for the annual Alfred I. DuPont-Columbia University Awards in Broadcast News from 2006 to 2013 and is an emerita member of the board of the Madam Walker Theatre Center of Indianapolis.

She has served as president of the Radcliffe College Alumnae Association, a Radcliffe College trustee, a Radcliffe Quarterly advisory board member, a member of the Board of Governors of the Indiana University Center on Philanthropy, a Harvard Alumni Association director, a member of the Harvard Alumni Association Nominating Committee for Overseers and Directors, a member of the Dean’s Council of the Radcliffe Institute for Advance Study at Harvard, a Harvard Club of Washington director, a National Women’s Hall of Fame board member, co-chair of the National Association of Black Journalists Authors Showcase, chair of the Association of Black Women Historians Letitia Wood Brown Book and Article Prize Committee and a Robert F. Kennedy Journalism Awards juror.

She has been a visiting faculty member at the Poynter Institute for Media Studies and the Hurston/Wright Foundation’s Writers Week. 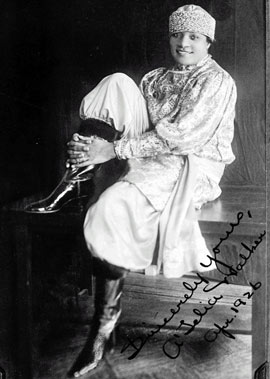 Among Ms. Bundles’s journalism awards are a du Pont Gold Baton and an Emmy. She has been inducted into the Black Memorabilia Hall of Fame and the North Central High School Hall of Fame. She is a recipient of a 2002 Harvard Alumni Association Award for outstanding service through alumni activities, a 2004 Radcliffe Distinguished Service Award, a 2007 Columbia University Alumni Medalist and a 2012 Columbia Black Alumni Council Award.

In 2003, she created the 100 Books, 100 Women campaign to expand the library at the Bedford Hills Correctional Facility for Women in New York. As well, she spearheaded the national campaign that led to the 1998 U. S. Postal Service’s Black Heritage stamp of Madam Walker.

She appeared in Chris Rock’s movie, “Good Hair,” and has been featured in several books including Jewels: 50 Phenomenal Black Women over 50 by Connie Briscoe and Michael Cunningham, Queens: Portraits of Black Women and Their Phenomenal Hair by Michael Cunningham and George Alexander, Tenderheaded: A Comb-bending Collection of Hair Stories by Pamela Johnson and Juliette Harris, Hair Story: Untangling the Roots of Black Hair in America by Ayana Byrd and Lori Thorps, Midlife Crisis at 30: How the Stakes Have Changed for a New Generation by Lia Macko and Kerry Rubin, Let’s Talk Hair by Pamela Ferrell and Why Are Black Women Losing Their Hair by Barry Fletcher.