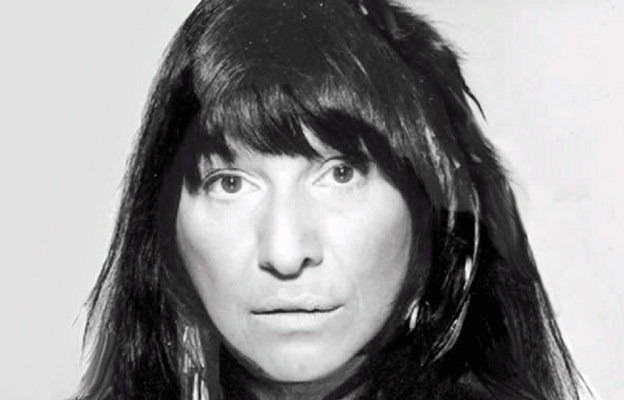 Buffy Sainte Marie expressed in a 2008 interview at the National Museum of the American Indian that she had been blacklisted, along with Indigenous Americans and other native people in the Red Power movements in the 1970s.

“I found out 10 years later, in the 1980s, that President Lyndon B. Johnson had been writing letters on White House stationery praising radio stations for suppressing my music,”

Buffy Sainte-Marie said in a 1999 interview at Diné College given to Brenda Norrel, a staff writer with Indian Country Today …

“In the 1970s, not only was the protest movement put out of business, but the Native American movement was attacked.”

Several rock biographers have approached Buffy Sainte-Marie to tell her story. She finally decided to share her adventures as a recording and visual artist, activist, and actress with Blair Stonechild, a writer from the Muscowpetung First Nation in her home province of Saskatchewan, Canada.

The Post’s Melissa Leong caught up with Sainte-Marie to talk about saying no to Elvis and hanging with Big Bird.

‘Scenes from a Life: Buffy Sainte-Marie’ By Melissa Leong, October 2012

“When I was about three years old, I was not a happy little girl. I lived in a neighbourhood where there were bullies and pedophiles. What made me happy was crayons, paints and the discovery of the piano. I sat down and within a few days, I could play the piano.

I’ve never taken lessons. I found out a few years ago that I’m actually dyslexic in music. Today, I can write for a symphony but I can’t read it back the next day. I was a natural artist. [But] I was scolded in school because I didn’t make the trees look like broccoli.

This discrepancy between realities: my real music and school music, my real painting and school drawing that also carried through to native people. I was told there weren’t any Indians. The class went to the museum and the Indians were dead and stuffed next to the dinosaur.

What it has summed up in my life has been: my reality was not what people were telling me reality was. This can either make you schizophrenic or it can make you curious and interested in solving that mystery.”

“I went to a powwow at the Wikwemikong. They introduced me to Crees from Saskatchewan, including Emile Piapot. It’s a Cree tradition that if the family has lost a child, they keep their hearts open for another child. I had grown up in an adoptive home.

They thought I was possibly the daughter that their relatives had lost in the ’40s when children were shipped out of native communities, or that I would be the one who would fill the holes in their hearts. There was no one moment where I felt like I belonged.

It was a whole bouquet of moments for me: sitting around the drum with my uncles, spending time with my niweme, the man who gave me my Cree name.”

“In 1962, I went to Greenwich Village with my college degree and my guitar. It wasn’t hippie time yet. It was still beatniks and coffee houses were still serving coffee. I sang at Gerde’s Folk City and Bob Dylan was singing there that night.

He sent me down to the Gaslight Café. One night, I was singing Universal Soldier — Universal Soldier is about individual responsibility for the world we live in, including whether we allow our elected officials to make a war — and The Highwaymen came in.

They said they wanted to record Universal Soldier and asked who is the publisher? I said, “What’s that?”

“A guy named Elmer Gordon said he could help because he had a publishing company. He wrote up a contract on a napkin, gave me a dollar and assumed the rights for Universal Soldier. That’s how green I was.

Universal Soldier became a huge hit for Donovan in Europe and Glen Campbell in the U.S. Ten years later, I bought the publishing back for $25,000. I never did that again.

When Elvis Presley recorded Until It’s Time For You to Go, his businessmen asked for the publishing and I said no. I learned the hard way but it was a good lesson.”

“Sesame Street originally contacted me to say the alphabet. I said, “Have you ever done any aboriginal programming?” I worked with them for the next five and a half years, brought them to different reservations.

They never tried to stereotype me. I taught the Count how to count in Cree. Just a year into Sesame Street I found out I was pregnant. I was doing three shows a day with a baby on my hip, I asked them, “What about doing a segment on breastfeeding?”

Big Bird is sitting in his nest and I’m breast-feeding Koty. Big Bird said, “That’s a funny way to feed a baby.” I said, “It’s not the only way but he gets everything he needs and I get to cuddle him.”

We were being seen by 72 countries three times a day. What an opportunity to make the world better.”

“All of a sudden, my life changed. I had a machine on which I could record my music, my writing and my paintings.

This was the holy grail for me. People didn’t get it at first, they associated the computer with doing their taxes and making pie charts.

But the Macintosh was made by two hippies in a garage for the rest of us. As an artist, it was just wonderful for me. I had always been a painter.

Now I could work in my wet studio, I could photograph or scan my paintings, turn them upside down, print them up, paint on them some more, scan it in again. In the early 90s, I got my first digital art show.”

SOURCE: Based on materials from “Scenes from a Life: Buffy Sainte-Marie” By Melissa Leong, October 2012 of the National Post | Visit the website of Buffy Sainte Marie.