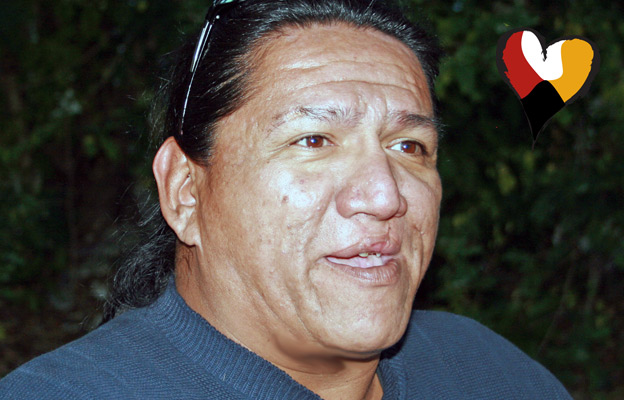 A personal story of a Modern-Day Cultural Genocide Survivor by Wayne William Snellgrove.

My name is Wayne William Snellgrove. The story I wish to share with you is about the pain of being stolen from my mother at birth and the harsh reality of being “assimilated” into White culture with damning results.

And finally, my story is about meeting my birth mother – a meeting that saved my life and set me on the Red Road of my ancestors.

I was born April 9, 1971 on Fishing Lake First Nations Reserve in Wadena, Saskatchewan, Canada and was named Dwayne Ivan Smoke. As a modern-day genocide survivor of the Canadian government’s policy of assimilation known as The 60s Scoop, I am a two-time USA National swimming champion, USA Swimming National Team member, and a recovering addict and alcoholic.

I was stolen on the day of my birth by the Canadian government child welfare services, unbeknownst to my birth mother, and was placed in a state-run orphanage hundreds of miles away.

I stayed there for four years until I was adopted – actually purchased – by a white family. It looks like it was a church-run human-trafficking situation. I am still investigating this claim. My adopted family brought me to the United States to their home in State College, Pennsylvania.

I had a white adopted brother. This happened during a time when mixed family adoptions were often unheard of. My new family was wonderful to me, but I knew almost immediately that I was different.

Not only was I a dark-skinned Cree Indian in a white community, I was born with a cleft palate and developed a stutter when I spoke, which made acceptance and “assimilation” difficult. I was angry without knowing what anger was; I was mourning without realizing it. My first suicide attempt was at age seven.

I was born with the gift of broad shoulders, a tapered body, long legs and the wingspan of an eagle. My coaches recognized my swimming ability and before long, I was among the top nationally-ranked swimmers.

I was a successful athlete, although my anger led to depression which led to several suicide attempts and a deep affinity for drugs and alcohol. I had moved to Florida and taken a lifeguarding job for the City of Hollywood.

My swimming career ended with shoulder injuries and surgery, which led to deeper depression and more suicide attempts.

When my adopted white mother died of cancer when I was in my mid-twenties, I hit an all-time low. It was also a turning point. The loss of not one but two mothers in one lifetime was too much to bear.

I set out in earnest to find my birth mother and reunite with my heritage. By this time I had realized that my anger and depression were directly linked to the mother-son bond that the Canadian government stole from us the day of my birth.

I contacted a private investigator who connected with the woman who gave birth to me. Nora Smoke was still living on the same reserve from which I was taken so many years ago.

The life-altering turning point came when, after flying from Hollywood, Florida to Regina, Saskatchewan, I hugged my mother for the first time. I was 32 years old. Our bond was immediate.

In those first few moments my anger, loneliness, and low self-worth disappeared as I reunited with her, the rest of Native family and Native heritage. This was the missing link. This is what I longed for all those suicidal and drug-addicted years. I had come full circle.

My mother had her own stories to tell. She was burdened with of 30-something years of not knowing if I was alive or dead. She struggled with her own guilt of not being able to protect me, but she never gave up hope and she never stopped loving me.

She too was destroyed emotionally and physically by the genocidal practices of the Canadian Government. It was during my 10-day visit that I learned I was not alone in my suffering.

I learned about my mother’s years of rape and torture during her years attending the church-run Indian residential schools long before I was born. I learned that my sisters and brothers suffered the same fate. This was a generational genocide. They all had similar stories to tell.

Soon after meeting my birth mother and the rest of my Native family, I began walking the Red Road to freedom. I am also on the road to recovery from drug and alcohol addiction. As a Red Road warrior, I bring peace, love, and understanding to life’s circumstances.

I regularly attend Native American ceremony and am a fire-keeper at Native sweat lodges. I also bring Native ceremony and tradition to Native inmates in Florida’s state and federal prison system. I write, paint, talk, pray and live the Red Roadway, thanks to that initial meeting with my mother, with whom I am still in contact.

This is my story and it needs to be told. I am only one of the thousands of children who either survived or didn’t survive the Canadian government’s past genocidal practices. I’m one of the lucky ones.

Out of the thousands of children taken from my reserve, I was one of a handful to return. My story brings hope to those still trying to make sense out of the betrayal of the Native people by the government.

Story of Wayne William Snellgrove curated by I Love Ancestry featuring contemporary stories of people like YOU from around the world.

← Colorism in Black Communities: A Struggle to Decolonize Shanese Steele: Struggles Of A Mixed Girl with Identity →