Colorism in Black Communities: A Struggle to Decolonize 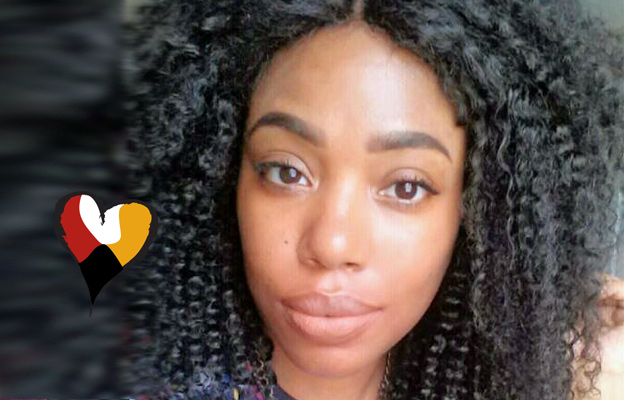 A personal reflection of colorism in Black Communities and the struggle to decolonize by Ronica Bey, an inspiring woman of African and Native ancestry. Colorism must End!

My family’s heritage reflects deep southern roots as well as Indigenous Native American, Caribbean (Belize) and African ancestry. My maternal great grandmother was full-blood Native of Cheraw/Yamassee and Seminole ancestry. She passed away when I was three or four years old and I have very vague memories of her.

However, my mother spent a lot of time with her grandmother. Although not solely responsible, she is attributed with propagandizing colorism based on insecurities within my mother’s generation of the family.

I’ve heard stories of her being more favorable toward her lighter-skinned grandchildren. Luckily, I was able to escape my childhood without a color complex, where many women of color are not so lucky.

It’s impossible to be a person of color raised within the confines of America’s white supremacist culture and escape becoming racially conscious at a young age. Aside from the external trauma from the dominant society, nothing reflects white supremacy more than the intra-cultural exchanges within Black culture.

Most southern Black Americans who lived through Jim Crow and Civil Rights eras carried and indoctrinated very poisonous ideologies reflective of their times into the younger generations. Instead of breaking the mental chains of enslavement, they continued brainwashing and crippling the next generations with self-hate and colorism.

Black culture in America is very reflective of this today. My family is no different from any other black family who survived these eras.

Colorism didn’t exist growing up in my household, at least not from my perspective. I was the youngest of two older brothers. I’ve always considered myself dark-skinned. As far as shades go, my brothers were of darker brown skin color with softer wavy hair.

I’m more of a golden brown/copper skin color with kinky hair; an analogy being that I looked East African and they looked West African. I can remember being asked if we had the same parents a few times growing up (which we do) because my complexion wasn’t as dark as theirs.

Within the Black community, I’m not considered light-skinned or dark-skinned, but somewhere in the middle, depending who I’m around, the time of year, etc.; it could really go either way.

I wasn’t aware of colorism outside of or within my own extended family until I was a teenager. Then I started to internalize it, retrospectively. From my extended family, it would come in the form of jokes always directed towards darker-skinned relatives and in reference to their dark complexions, which I’m sure was meant to be harmless.

I’ve heard conversations promoting interracial relationships directed towards my generation in the hope of having offspring with what is perceived as “good hair,” as if their hair or fair skin would somehow shield them from white supremacy and offer instant assimilation.

They thought if the bloodlines were diluted with other races it would somehow advance the future generations. From my knowledge, this is standard conditioning, not only for Black Americans but for “Hispanic” and West Indian (Caribbean) communities as well.

The indoctrination of being light skin with fine hair is supposed to be a first-class ticket out of racism.

Colorism and racism were expected from intercultural exchanges. By the time I was in middle school, I already had experienced plenty of racist exchanges. In 8th grade I had a white friend tell me that “if she were black she would want to be light-skinned…” like one of our other friends.

In high school, it was the standard backhanded compliments from white guys such as: “you’re pretty for a black girl,” “you’re really smart for a black girl,” or “I’d ask you out if I were Black,” and my all-time favorite “are you fully Black?”

I can say that no matter how ignorant the comments, they were expected and shed light on the ignorance of the dominant society’s views towards other races.

In college, I dated a Black guy who went out of his way to inform me that he usually didn’t date women as dark as myself; as if, he was doing me a favor and I should somehow feel privileged. Instead, the only thing I felt was that I should be dating someone else.

In my opinion, nowhere are the effects of white-washing/white supremacy more present and destructive in America than within intra-race relationships and exchanges between Black men and Black women.

I’ve seen it within my family, the family of friends, associates, etc… The attitude of the dominant society perpetuates itself in every aspect of the culture and the way we view each other unless consciously countered. Upholding lighter or whiter complexions as more desirable is literally forced onto us in all aspects of society.

I’ve had many discussions on social media that turned into arguments with friends and family about the embarrassment that comes from them expressing certain views that reflect this propaganda.

The utter disgust in some cases of Black men (that I know personally from childhood) towards women of their own complexion is mind-boggling and sickening.

The way my generation continues to encourage Europeanized standards of beauty and then uses them as ammunition toward their race is proof of the damaging effects colonization has had even on the present generations.

The truth is, a person’s complexion will not protect them from the collective generational damage. Today, I meet and speak to people from all over the world who identify as Hispanic, West Indian, Dominican, Cape Verdean, Nigerian, etc.; though those aren’t races, that’s how they choose to classify themselves.

They use their nationality or cultural heritage as a way to distance themselves from Black Americans as a result of this white supremacist society.

I choose to do the opposite and identify with my Indigenous aboriginal ancestry because I am who my ancestors were and not who the dominant society says I am as a result of names and borders they have created.

Choosing to identify with an ethnicity or culture may have its privileges within Black culture in America because the people lack knowledge of themselves. Whenever I speak to the next generation I always provide some historical context.

I inform them that the native populations suffered from slavery first. Many of them were enslaved and shipped from the colonies to the Caribbeans like my ancestors were.

The first enslaved Africans shipped to the Americas arrived in the Caribbean and the first slaves to arrive in the colonies came from the Caribbean. So, how are we not the same people today? I have the blood of all these people inside me.

Some of us are just a different spectrum of the same bloodline. We are still in bondage mentally trying to unravel a deeply woven history of cultural exchanges. Through solidarity, we can become one again. Decolonize.

Story curated by I Love Ancestry featuring contemporary stories of people like YOU from around the world.