Shanese Steele: Struggles Of A Mixed Girl with Identity 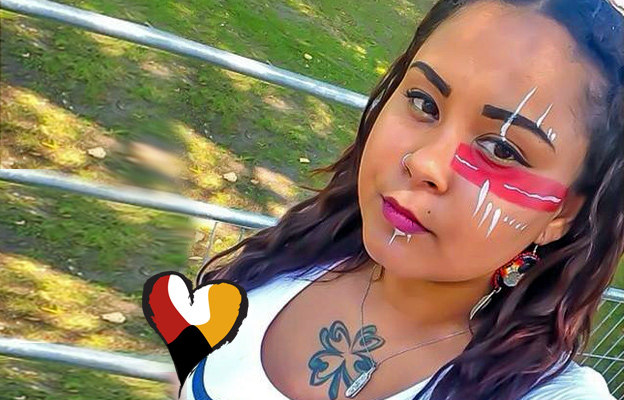 The Struggles Of A Mixed Girl: Identity by Shanese Steele when she was 22 years old.

Who am I? I find myself asking this question constantly, and with each passing year, the answer seems to change. Being mixed or multiracial has not always been easy for me and it has been a struggle to try and find out exactly where I fit in.

A recent conversation with a friend brought up some feelings that I have to admit I was too afraid to say out loud.

The term my friend used to describe her feelings towards identifying as an Indigenous woman was “fraud.” She felt as though because she did not appear to look Aboriginal and because she was not a certain percentage, that how did she have the right to call herself Aboriginal.

It was as if she was reading my mind because for so many years I had and have felt the same way. See this friend and I have very similar backgrounds; both our fathers are Trinidadian, and both of our mothers have white and Aboriginal backgrounds, more specifically Metis.

I also have Venezuelan, Irish and French lineage and yet identifying as any of them feels fraudulent. While I have always loved my diversity over the years I have tried to be one of these ethnicities more than the other.

At 9 years old, living and going to school in Toronto for the first time, all I wanted to do was fit in. For the first time I wasn’t the odd brown girl out, and I so desperately wanted to be black. I was “Trini de Bone” and nothing could change that.

Oh, how I hated to be called whitewashed or portrayed as anything but black, and that’s how it was until I was 15. I tried to immerse my self into the “black culture” as much as I could. I listened to only soca, hip-hop, and dancehall and wouldn’t be caught dead listening to “white music.”

When I turned 15 I took a sudden interest in my family history and heritage. We were just finding out we had some kind of native in the family and came across some Venezuelan heritage on my father’s side.

I was so excited, I had just made some Hispanic friends and oh how I wanted to fit in with them. So I became “chickita” half Trini and half Venezuelan, once again forgetting completely about the heritage on my mother’s side.

I loved the Latin culture, the music, the dancing and of course the boys back then. I started hanging out with mostly Spanish kids and slowly began to move away from being “black.” I hated being seen as black or white, that wasn’t me, wasn’t who I was.

No matter what the “faze” I never found myself wanting to be “white” I hated the idea. Even to this day, I catch myself making comments like “I ain’t white” or trying to distance myself from it by saying “that’s what white people do” and if I do something that I perceive as white I’ll apologize by saying “sorry, that’s my white side coming out.”

Over the years I have questioned my distance and sometimes hatred towards my white heritage. I grew up in Milton, which use to be predominantly a white town and due to this, there was a lot of racism.

So when I begin to contemplate my anger I wonder if it could be because at the age of 3 or 4 I was taken down to the basement of my babysitters house by the other children, stripped half-naked and beaten; or maybe it’s due to the fact that on the first day of kindergarten I was told by another student that I couldn’t play with the toys because of the color of my skin.

Could it have been the bullying in elementary school when other children called me buffalo hair and ignored me at recess; or maybe the final tipping point was when my best friend in grade 3 stopped being my friend because the girls at her new school didn’t think she should be friends with a black girl.

It wasn’t really until I turned 18 that I began to get more involved with my mom’s side of her family. We had always been close but I had no real interest in where they came from or who they were.

But the deeper I looked the more I began to love and embrace what they were, I was proud to be French, my family was the personal guards to one of the kings of France, they had been in Canada since 1506 and were among some of the first Metis families.

I loved that I was Irish, I began putting the flag on everything and even got a 4 leaf clover tattoo. And oh how I loved the Aboriginal history, the stories of Aboriginal women ancestors, Cree, Ojibwe, and Metis.

I fell in love with the culture and the beliefs and for the first time in a long time, I felt like I found who I was. Shanese Steele an Aboriginal woman.

I remember being 15 and convinced that I was going to be attending the University of Georgia for psychology when I got older, and I remember my mother being so against it.

She feared for my safety in the south and I remember saying “come on mom, it’s not the 60’s anymore I’m not going to get lynched plus I’m mixed” and she looked at me and said, “but Shani when a racist person looks at you they don’t see a half-white girl, they don’t stop hating you because you are half white, they will always see you as a young black girl.”

At the time I brushed it off and laughed but as I got older I realized she was right, to the rest of the world I will always be seen as black. So how do I have the right to claim anything else?

That very question is what brings me back to that earlier conversation with my friend. How can I identify as an Aboriginal woman if I don’t look like it? if I’m only a small percentage in the eyes of others? How do I have the right?

It’s the same question I asked myself when I identified with my Hispanic heritage, with my white heritage. I mean I AM French and Irish, I AM Venezuelan, I AM Cree, Ojibwe, and Metis as much as I AM Trinidadian, and yet I am always feeling like I’m a fraud.

So I guess the question I am left with is will I ever be enough? and are me and my friend the only multiracial people that feel this way?

Story curated by I Love Ancestry featuring contemporary stories of people like YOU from around the world.