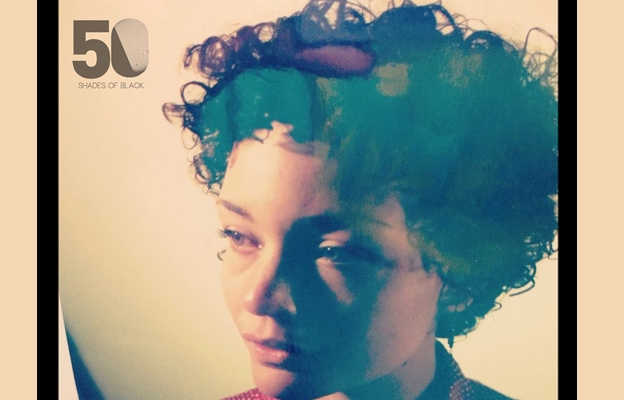 Reflections of an Undercover Black Girl A Personal Story by Stacy Jethroe.

My skin is tan. My hair is wavy. In Nina Simone’s “Four Women” I might be considered a Saffonia, though my father was neither rich nor white. As a child living in a 1970’s San Francisco, I looked exactly like what I was: a nappy-headed mixed child.

Born to a fair-skinned, Caucasian mother and a medium-toned Black/Italian/Cherokee father, I have been told I look Brazilian or Cape Verdean or just Plain Ol’ Regular White Girl.

As I aged, my skin naturally lightened and my hair relaxed of its own accord. At the age of nine, I moved to the Midwest. I wasn’t exactly Black or White or what was easily recognized, and my racial backstory became a constant topic.

As a nappy-headed mixed child in San Francisco, I never lied about my ethnicity; there was no need for it. But, living in the Midwest, even my maternal grandmother held issue with my color; she lied to protect herself against the judgment she believed would be passed by others and, I believe, her own loathing of her non-White grandchild.

Following suit, I began to tell the same lie. I hated the curliness of my hair and spent hours each day straightening it, trying to look White. White is right…right? I don’t believe that now, but I believed it then.

Living with White family members, I internalized the bigotry around me. As I matured, I finally accepted who I was; I remembered who I was; I forgave myself for believing those fear-induced lies and again became…A Mixed Girl.

While there is more to my story, I will say that as an Undercover Black Girl, I have been privy to some of the most unbelievable racist views and statements. See, I don’t look the part, so I hear it all.

And, even when some know, they still share bigoted parts of themselves, I believe, in an attempt to better understand the things they don’t. I will never know the racism my Black brothers and sisters experience because I am rarely perceived for being what I am.

But, I have seen much. And my truth is this: racial fear, racial prejudice, entitlement, “White is right”, self-imposed limitations, and denial of all these things are very real.

I am an Undercover Black Girl—a Mixed Girl—whose life experience has been mostly that of a White Girl. I am an American Girl, so add that to the equation, ‘cause most of my International friends don’t have this same issue with race, though they still deal with plenty of ‘isms.

I have faith in the changes that can be made in this country, in the new conversations that can take place, but everyone has to be willing to get dirty…to get naked about their fears, their expectations, and their suppositions.

‘Cause it’s the subtle, clothed, barely buried-beneath-the-surface stuff that really is the most telling.

Story curated by Carlton Mackey, creator of 50 Shades of BLACK, in partnership with I Love Ancestry called featuring contemporary stories of people like YOU from around the world. Photo submitted by Stacy Jethroe.

← Shanese Steele: Struggles Of A Mixed Girl with Identity The Magnificent Sum of My Parts: A Personal Story →