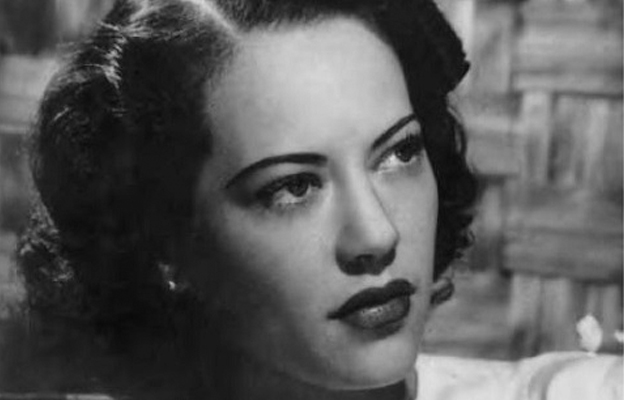 Fredi Washington (1903 – 1994) was an accomplished Black American dramatic film actress, one of the first to gain recognition for her work in film and on stage.

Fredericka Carolyn “Fredi” Washington (Dec. 23, 1903 – Jun. 28, 1994) She was active during the period known as the Harlem Renaissance (1920s-1930s). She is best known for her role as Peola in the 1934 version of the film Imitation of Life, in which she plays a young mulatto woman. Throughout her life, Washington was often asked if she ever wanted to “pass” for white.

This was a question almost unique to the United States society after the American Civil War and Reconstruction. It classified people by hypodescent, that is, mixed-race people were classified as belonging to the race of lower social status, in this case, Black, regardless of appearance and ancestry.

Other multiracial countries tended to recognize a wider variety of classes. Washington answered conclusively, “no.”

“You see I’m a mighty proud gal and I can’t for the life of me, find any valid reason why anyone should lie about their origin or anything else for that matter. Frankly, I do not ascribe to the stupid theory of white supremacy and to try to hide the fact that I am a Negro for economic or any other reasons, if I do I would be agreeing to be a Negro makes me inferior and that I have swallowed whole hog all of the propaganda dished out by our fascist-minded white citizens.

I am an American citizen and by God, we all have inalienable rights and whenever and wherever those rights are tampered with, there is nothing left to do but fight…and I fight. How many people do you think there are in this country who do not have mixed blood, there’s very few if any, what makes us who we are are our culture and experience. No matter how white I look, on the inside I feel black. There are many whites who are mixed blood, but still go by white, why such a big deal if I go as Negro, because people can’t believe that I am proud to be a Negro and not white. To prove I don’t buy white superiority I chose to be a Negro.”

Fredi Washington was fearlessly outspoken about racism faced by Black Americans. She worked closely with Walter White, then president of the NAACP, to address pressing issues facing black people in America.

Her experiences in the film industry and theatre led her to become a civil rights activist. Together with Noble Sissle, W.C. Handy and Dick Campbell, in 1937 Washington was a founding member with Alan Corelli of the Negro Actors Guild of America (NAG) in New York.

“I don’t want to pass because I can’t stand insincerities and shams. I am just as much Negro as any of the others identified with the race.”

She served as executive secretary and worked for better opportunities for Black-American actors. She also was active with the National Association for the Advancement of Colored People (NAACP) and worked to secure better hotel accommodations for Black actors, who were often discriminated against while touring.

She promoted less stereotyping and discrimination in roles for black actors. In 1953, Fredi Washington was a film casting consultant for Carmen Jones, which starred Dorothy Dandridge, another pioneering Black-American actress.

Fredi Washington died of a stroke, the last of several, on June 28, 1994, in Stamford, Connecticut at the age of 90. According to her sister, Isabel, Fredi never had children. At her death, Washington was survived by her sisters Isabel Washington, Rosebud Smith of Jamaica, Queens; and Gertrude Penna of Orlando, FL; and a brother, Floyd Washington of Hempstead, New York.

“I have never tried to pass for white and never had any desire, I am proud of my race.” In ‘Imitation of Life’, I was showing how a girl might feel under the circumstances but I am not showing how I felt.”

SOURCE: Based on materials from The Chicago Defender, The Pittsburgh Courier, Answers.com, World Heritage Encyclopedia, Wikipedia.