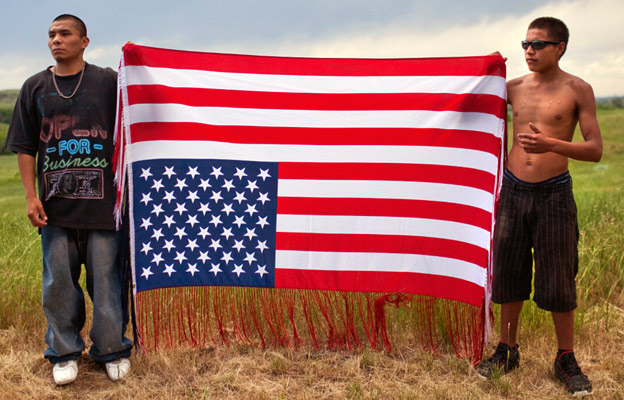 Dealing with the Indigenous Suicide Epidemic

Suicide is a very big problem within Native American Indian communities, yet it’s something that is barely spoken about. Many Native families know someone who committed or attempted suicide.

A discussion is critical at this point to understand and prevent why these suicides keep happening, and how we can prevent further suicides from happening in the future. This life and death issue that affects the heart of Indian Country hardly ever gets any press.

Suicide rates vary widely among tribes. For example, the teenage suicide rate on the Pine Ridge Reservation is 150% higher than the U.S. national average for this age group.

In the years 2003–2006, Alaska Natives had a suicide rate of 51.4, compared to 16.9 in the non-Native Alaska population. However, there was considerable variation in the suicide rates of Natives among the different regions of the state and the different Native ethnic groups, with the Inupiat Eskimos having the highest rates, and the Aleuts having a rate lower than the rest of Alaska.

Community control:
In a Canadian study of data from the British Columbia Coroner’s Office, tribes with no suicides had more indicators of cultural continuity. Cultural continuity was defined as having infrastructure, such as the presence of cultural facilities, and sovereignty, such as self-government, having title to their traditional lands, and the provision of services within the community, including education, police, and fire; health care delivery; and child and family services.

In another Canadian study, preliminary evaluative data and Inuit community member narratives indicated that community control in designing and carrying out suicide prevention programming “can be effective towards preventing suicide.”

Cultural identification:
Alaska Native tribal members following a more traditional way of life reported greater happiness, more frequent use of religion and spirituality and less frequent use of drugs and alcohol to cope with stress. Two studies of Native American youth in the Midwest found that those who had a stronger ethnic/cultural identity were better able to cope with acculturative stress and less likely to have suicidal thoughts.

Family connectedness:
Connectedness to family and discussing problems with family and friends are protective against suicide attempts among American Indian / Alaska Native youth.

Risk Factors Across all populations, some of the most significant risk factors are prior suicide attempt(s), alcohol and drug abuse, mood and anxiety disorders. For individuals who are already at risk, a “triggering” event causing shame or despair may make them more likely to attempt suicide.

These events may include relationship problems and breakups, problems at work, financial hardships, legal difficulties, and worsening health. 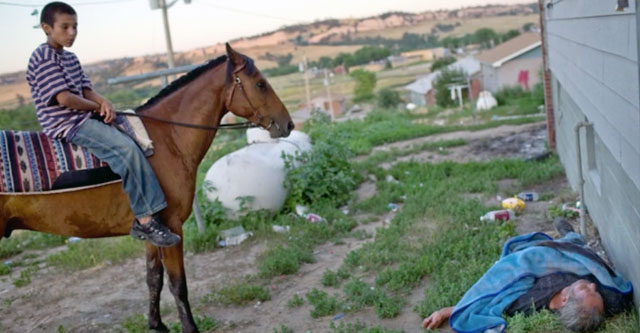 In addition, research has shown the following to be among the most significant risk factors for American Indian / Alaska Native populations: Click to view PDF

Alcohol and drug use:
According to the National Violent Death Reporting System 2003–2009, of American Indian / Alaska Native suicide decedents tested for alcohol, 36% were legally intoxicated at the time of death.

There were proportionally more positive test results for alcohol among American Indian / Alaska Native decedents than there were for any other racial or ethnic group.

In a study of Alaska Natives in Northwest Alaska between 2001 and 2009, about 60% of those exhibiting suicidal behavior(attempts and deaths) had a history of substance abuse.

Historical trauma:
Attempts to eliminate American Indian / Alaska Native culture—such as forced relocation, removal of children who were sent to boarding schools, prohibition of the practice of native language and cultural traditions, and outlawing of traditional religious practices—have affected multiple generations of AI/AN people and contribute to high rates of suicide among them.

1/ The Slaughter of Native American Indians

7/ Loss of Language and Cultural Identity 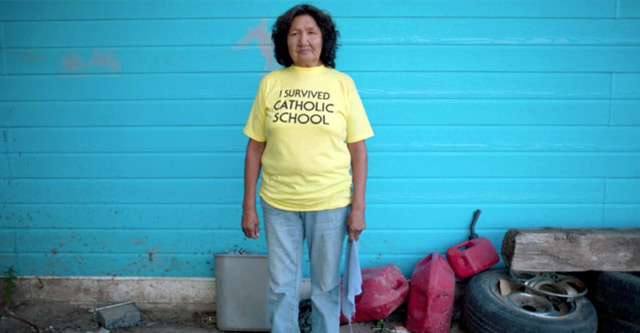 Alienation:
In an analysis of suicide notes to determine motivation, alienation among Native American Indians was double that of Whites. Alienation causes a loss of well-being when the individual feels emotionally disconnected from his or her family of origin or culture.

Acculturation:
Alaska Native tribal members with greater adaptation to the mainstream culture reported increased psychosocial stress, less happiness, and greater use of drugs or alcohol to cope with the stress of navigating the differences between two cultures.

In less traditional American Indian tribes, there is more pressure to acculturate, greater conflict regarding traditional cultural practices, and a high suicide rate among adolescents and young adults.

Discrimination:
Studies of American Indian youth found that discrimination was as important a predictor of suicidal ideation as poor self-esteem and depression. This association may be more common among reservation youth than their urban counterparts.

Community violence:
American Indian / Alaska Native youth are 2.5 times more likely to experience trauma than non-AI/AN youth. Much of this trauma involves victimization from non-AI/AN perpetrators or from family violence and abuse. 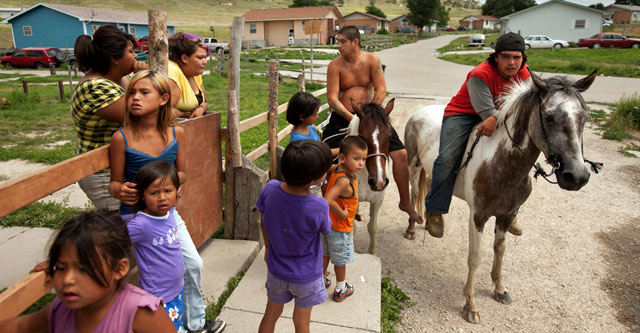 There are many reasons for not seeking help. In one study, youth reported that internal factors, such as embarrassment, not realizing they had a problem, a belief that nobody could help, and self-reliance, affected their decisions not to seek help.

Many American Indian / Alaska Native people do not trust mental health professionals because they see mental health services as part of White culture and not sensitive to their culture. The underlying assumptions driving psychological intervention can neglect the social, societal, and historical issues that many American Indian / Alaska people associate with suicide.

Contagion:
Many suicide deaths occur on reservations where AI/AN youth have considerable exposure to suicide. Suicide contagion has been observed among both American Indian / Alaska Native adults and youth, and there is evidence that youth may be at particular risk.

SOURCE: Based on materials from the Suicide Prevention Resource Center and Washington Post. Photos courtesy of Aaron Huey.