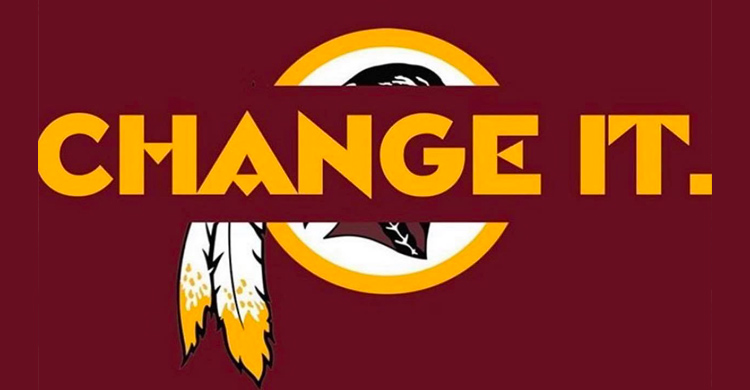 Activism all day every day. Contact your local newspapers, radio and TV stations to speak out against the NFL Washington Redsk*ns name. Write to NFL League Commissioner Roger Goodell and ask for the Washington franchise to change the mascot. Tweet Commissioner Goodell @nflcommish with the following hashtags #ChangeTheMascot – #NotYourMascot – #ChangeTheName.

The National Congress of American Indians, which represents over 500 tribal nations, calls for athletes to stay home rather than play under the team’s racist name.

Why is The Term Redsk*ns Harmful to Native Peoples?

Invisible Truth: Too many American Indians, the term “Redsk*ns” is associated with the barbaric practice of scalping. The record, in this case, is replete with evidence of bounty proclamations issued by the colonies and companies. These proclamations demonstrate that the term “Redsk*ns” had its origins in the commodification of Indian skins and body parts; these “Redsk*ns” were required as proof of Indian kill in order for bounty hunters to receive payment and these skins of genitalia (to differentiate the skins of women and children from men, in order for bounty payers to pay on a sliding scale for the exact dead Indian) were referred to as scalps (while hair from the head was referred to as top-knots). 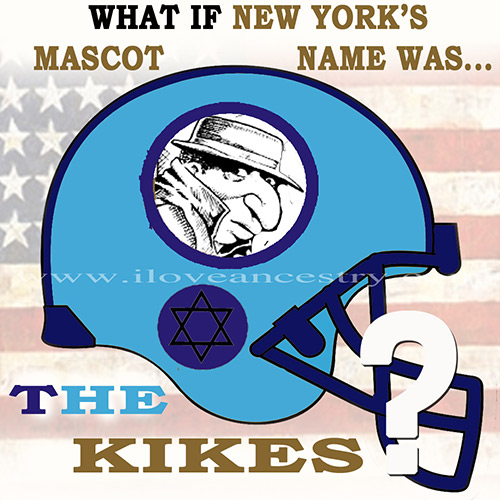 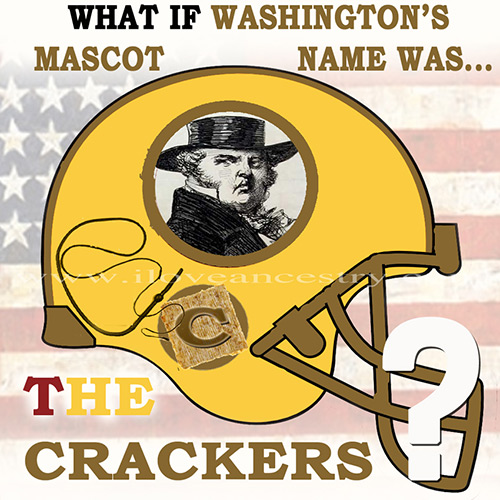 Fawn Sharp, president of the National Congress of American Indians, called for players on the team to “rip down that name like it was a statue of a Confederate general in their locker room,” and to “sit at home rather than wear the NFL equivalent of the Confederate flag.”

Sharp provided the following challenge to the team’s players exclusively to Washingtonian, which we’re running in full:

Who Will Become the Colin Kaepernick of Washington’s NFL Team?

The fact that the most prominent sports franchise in America’s capital uses a racial slur against Native Americans as its brand name is not only a disgrace—it’s a confession.

It’s an obvious, all-capital-letters confession of the entitlement and racism of America’s ruling classes, who openly confess and demonstrate that Native Americans are the only community of color in America whom they hold in such subhuman contempt that they can be openly slurred on national TV as a matter of corporate policy.

As the President of the National Congress of American Indians, elected to represent over 500 Native American Tribal Nations on the global stage, I am often asked what my opinion is about the Washington, DC, NFL franchise, but I have held back for the right moment.

That moment is now.

The racial slur can no longer be removed by the complicit, indifferent, tone-deaf ownership of the franchise, because the stain they have fixed onto their own name and enterprises is now permanent.

Since it’s too late to give the team name up, it’s time for it to be taken.

It’s time for the players to rip down that name like it was a statue of a Confederate general in their locker room.

I am calling for members of the NFL franchise in Washington, DC, to rise to the occasion and become heroes. All I ask is that you state the unequivocal moral truth: just as you would never play for the Washington [insert any other racial slur], you will no longer play for any team branded with a racial slur against Native Americans.

As long as that team name stands, players of conscience should sit at home rather than wear the NFL equivalent of the Confederate flag.

Who is brave enough to walk out of the locker room of Washington, DC’s National Football League franchise and into the history books?

What athlete is bold enough, selfless enough to say that he will sacrifice his own well-being to stand up for the millions of Native Americans, and hundreds of Tribal Nations, that are everyday insulted and dehumanized by his employers’ brand name racial slur?

Who is willing to add their names to those of Muhammad Ali and Colin Kaepernick, who exchanged transient athletic stardom for historic glory?

Doing so would empower further racial justice activists while denying rich plutocrats who have ignored decades of Native Americans’ pleas the chance to engage in an intelligence-insulting, carefully choreographed dance of belated wokeness at a time of their choosing.

The only question is what player will show the courage, the integrity, the vision, and the compassion to be the hero that first stands up for what is right.

The fact that you will win the standoff, one way or another, should be self-evident.

Despite the financial losses, the vicious ridicule, the hatred and threats of countless reactionaries—Kaepernick stands triumphant, as validated by history as Muhammad Ali was for refusing to fight the Viet Cong for the same government that everyday abused, imprisoned, and killed his black brothers and sisters.

If you stand against the Washington, DC, franchise, you may lose a few NFL fans, but you will gain a few million Native American friends and allies who will stand by your side as your brothers and sisters for long after your playing days are over.

The moment has come—now we wait for the Man of the Moment.

When it comes to doing the right thing, there can be only one motto…

From The Washingtonian.com, with an exclusive statement from  Fawn Sharp, president of the National Congress of American Indians.

“Kill The Man, Save The Indian” by Kerry Hawk Lessard

You may be forgiven for thinking that discourse surrounding the Washington DC football team is about mascots, but it isn’t. Not solely. This is not merely about a team’s name or its owner’s right to trademark it.

It’s not about cherry-picked “facts”, outdated linguistic research, ego-driven pronouncements, or even Original American blood money. This is about structural violence. This is about racism and inequality, forced assimilation and cultural appropriation.

This is about how images and words function as weapons of degradation within the real lives of Native people. This is about the ability to claim one’s own identity without it being negated and invalidated at every turn. This about staring down the barrel of genocide and surviving.

Ultimately, this is about a very complex system of events coalescing around loss. Loss of land and of language, loss of kinship and culture, loss of agency and sense of self. Loss of the right to say who we are and who we are destined to be.

For successive generations, depictions not unlike those found at the center of the mascot debate have defined our people to the non-Indian world. We are continuously re-imagined by forces over which we not only lack control but over which we are denied control.

And every diminution and act of micro-aggression, whether by lampoon or cultural theft, exacerbates the experience of historic trauma. They are daily papercuts that over time become gaping wounds whose flow of blood is slow to stem. And in terms of the health and wellness of our people, we are hemorrhaging. 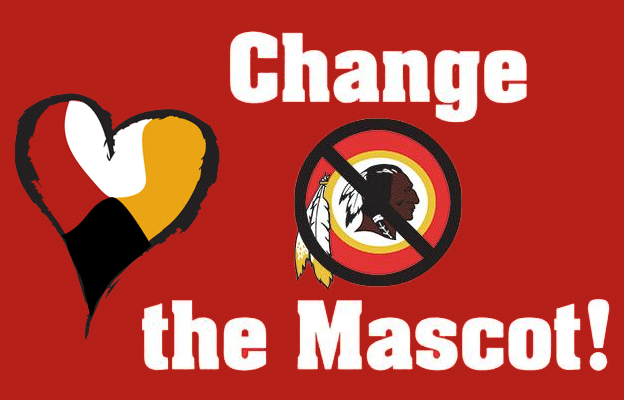 No, this goes way beyond offense. The contumacy and hubris of Snyder, the NFL, and team supporters continue a historical pattern of sublimating the indigenous voice and its priorities.

Ultimately, they take from us the sovereign right to identify ourselves and our human potential, commodifying our images, our cultures, and our personhood. (And profiting nicely, too.) With all respect, it is not for non-Natives to tell us what we should think about these things. That is for us to determine. Genocide and the deep scars of colonization are not something you “get over.”

So this is why I plead with you. Please stop saying mascots are offensive. To center complaint with such a limited claim undercuts the argument and renders it much weaker than it really is.

Just the word “offense” sanitizes the inherently violent nature of the symbolism embedded within mascots and the social structures that allow them to exist virtually uncontested in dominant society. It gives tacit permission to those already committed to dismissing us that we are too indulgent of our own weak feelings.

These words and images are not simply offensive. They are a celebration of ethnic cleansing, colonialism, racial superiority, and romantic nationalism. That’s more than just offensive. It’s dehumanizing. And it needs to end, starting with the DC football team and its name.

“I’m a human being, I’m not anyone’s mascot! And I am America’s conscience. And that’s what they don’t want to look at. They would rather look at a cartoon character than at the deceit of this country and this government.” 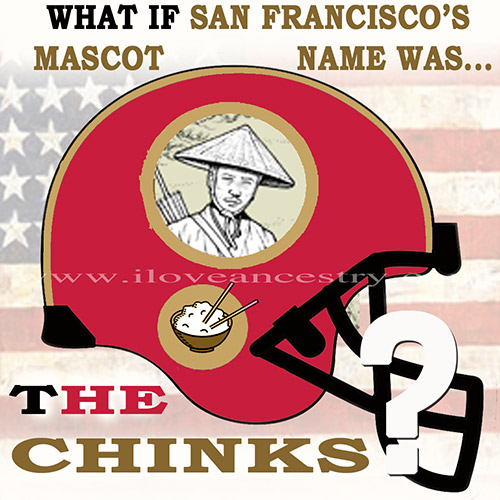 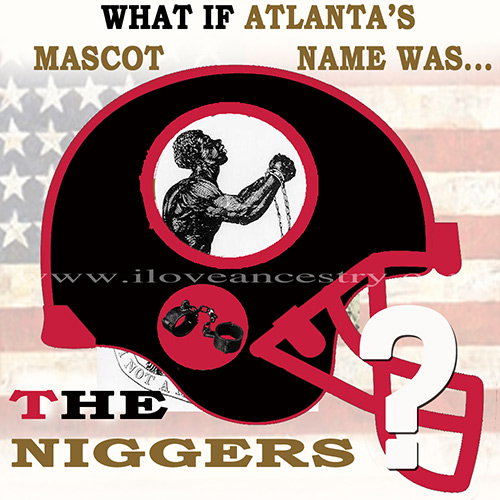 SOURCE: Materials from The Washingtonian.com, with an exclusive statement from  Fawn Sharp, president of the National Congress of American Indians. This article also includes a statement compiled from a message by Kerry Hawk Lessard “Kill The Man, Save The Indian”