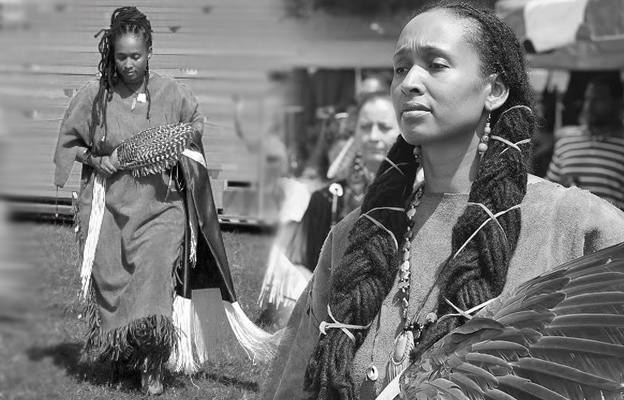 An educator for the last 20 years, Shonda Buchanan was born and raised in Kalamazoo, Michigan where she spent much of her adolescence curled up in libraries, bathtubs, and on her front porch, reading. Her moving and poignant memoir, Black Indian, explores issues of identity, tri-raciality, landscape and loss, while her book of poetry, Who’s Afraid of Black Indians? is a difficult yet beautiful collection of poetry such as “The Trail” that peeks into one American family’s cultural window.

“Trust the first drum, your heart, for all your answers. The ancestors will follow…”

Beautifully rendered and rippling with family dysfunction, secrets, deaths, drunks, and old resentments, Shonda Buchanan’s memoir is an inspiring story that explores her family’s legacy of being African Americans with American Indian roots and how they dealt with not just society’s ostracization but the consequences of this dual inheritance.

Both her memoir and book of poetry explore how Shonda’s ancestors wanted to forget not only the past but the journey they took from North Carolina to Tennessee, to Indiana and finally Michigan, and the flight and fight to escape racial persecution and racial classification.

Yet it is also a book about the recovery of an identity — the intersection of Blacks and Indigenous American Indians in this country. Shonda and her family, like so many other “bi-racial” Indigenous Americans, suffered from not knowing their full roots, and the ills of assimilation, all the while enduring society’s ever-evolving definition of them.

This book will hopefully help other Black American Indians, as well as bi-racial and tri-racial peoples, research, reclaim and celebrate their multifaceted heritage.

Over the years, Shonda Buchanan has received many accolades and fellowships. An Education Specialist for the U.S. Department of State, she is a Sundance Institute fellow and a PEN Center Emerging Voice fellow. She freelances for The Writer’s Chronicle and The International Review of African American Art.

She is published in various anthologies, including the anthology she edited, Voices from Leimert Park Redux, Urban Voices: 51 Poems from 51 American Poets, Strange Cargo, Step into a World: A Global Anthology of New Black Literature, Arise! Magazine, Def Jam Poetry’s Bum Rush the Page, Geography of Rage: Remembering the Los Angeles Riots of 1992 and Rivendell.

She received the Eloise Klein-Healy Scholarship, a grant from the National Endowment for the Arts, and several Virginia Foundation for the Humanities grants. 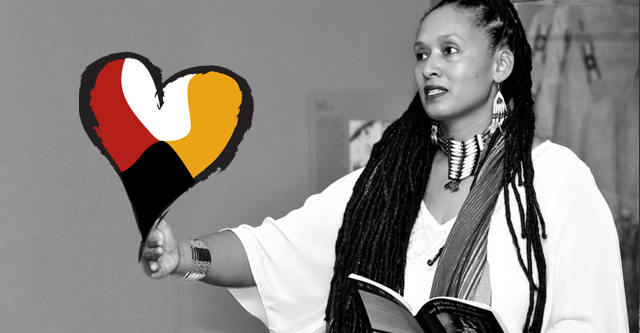 Fall 2017 Writer-in-Residence at William & Mary College, Shonda has been an assistant professor in the Department of English at Hampton University for the last 14 years teaching fiction, poetry, narrative nonfiction, magazine writing, composition, and senior seminar.

While researching her memoir, Black Indian, Shonda Buchanan discovered that her ancestors on her mother’s side had originated in and had migrated from North Carolina to Michigan.

The often said “you know we got some Indian in us” from her childhood became real when she discovered she was 11th Generation Coharie and Cherokee.

This knowledge was clarified for her, though she already claimed the Choctaw Nation on her father’s side, that her work as a writer and researcher about Black and Native American culture-confirmed what her ghosts had been whispering all along. Tell our stories.

At her Jentel Artist’s Residency in beautiful Wyoming, Shonda completed a third collection of poetry about Nina Simone. Shonda is also working on a novel and a second memoir as well as two screenplays.

Shonda Buchanan reads poetry locally and nationally, as well as conducts book discussions for libraries, schools and community organizations. She is a former managing editor of Turning Point Magazine.

Shonda has lectured on the following topics: Black Indians and Free People of Color; race, ethnicity and gender issues; identity and heredity; hybridity, bi and tri-raciality; family and cultural heritage; writing as a recovery and healing tool; women and abuse; murdered and missing Black and Indigenous women; the power of language to redefine selfhood; migration and assimilation, and much more.

To book Shonda to speak at your school or organization, feel free to contact her at shondabuchanan@gmail.com.