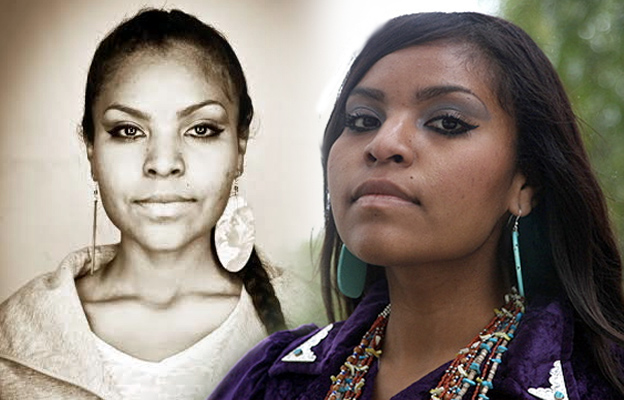 Sheilah Dasher is an Afro Native woman warrior and mother with strength and fearlessness in her name.

Besides being a dedicated mother, Dasher is an experienced conference speaker, workshop facilitator, and American Indian advocate. Naajiibah is a Navajo female warrior name, named for her great grandmother a herbalist medicine woman. Dasher wears her Native American heritage proudly.

Sheilah Dasher is of mixed heritage from her Native American mother and Black-American father. She is an enrolled member of the Navajo Nation, but also honors her Zuni and Apache ancestral heritage. She resides on Kumeyaay and Luiseno Indian ancestral land.

“I was given a warrior name and born into a medicine family but my medicine is not through chants or all night prayers but is through the work I do for my people in my community.”

Sheilah Dasher has participated in a number of national and regional coalitions including the 2010 Answer Coalition (Washington, DC), the 2010 National Indian Education Association, the 2008 San Diego American Indian Youth Health Conference and the 2008 United National Indian Tribal Youth Conference. She has been an activist for Native rights, as well as gender and domestic violence issues. 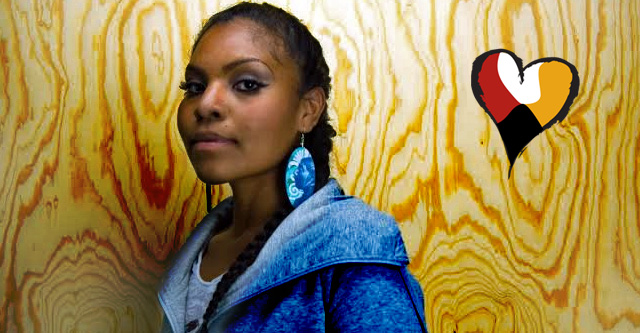 Dasher served as the Program Coordinator and Instruction Facilitator for the San Diego American Indian Health Center’s Tribal Personal Responsibility Education Program (Tribal PREP), for two and a half years.

The project was designed to educate and reduce the number of sexually transmitted infectious diseases as well as unplanned pregnancies among Native youth.

She is a graduate of California State University, San Marcos, which homes the largest population of Native students in the Cal State system. She earned her Bachelor of Arts degree in Sociology/ Women’s Studies and a minor degree in Ethnic Studies.

In college, she was the President of the American Indian Student Alliance and served as a member of the Multicultural Student Council. She was honored with a Community Builder Award from Cal State University San Marcos. She also earned an Associate’s of Arts degree in Journalism/Communications from Southwestern College. This helped her attended the Native American Journalism Institute at the University of South Dakota.

While a high school student, Sheilah Dasher worked as a Youth Counselor for the Urban Indian Youth Program where she led a team of youth who wrote and produced a documentary video entitled “It’s Your Life, Live It Safe: HIV/ AIDS” in the Native American Community.

Dasher ran as a candidate for the Miss Indian World Pageant at The Gathering of Nations (2010), and Miss Indian Ceremonial (2008). She held the title of Miss University of California San Diego Powwow Princess (2012-2013), representing higher education and American Indian women. She is a three-time winner of The Society of Professional Journalist Awards for her news stories focusing on Native American and Immigrant communities.

Walking in the spirit of her ancestors she has always been committed to the community and using the resources she has to help her people. She is currently a full-time mom and part-time student working towards a Paralegal degree and hopes to someday obtain her Master’s of Social Work.

Sheilah Naajiibah Dasher continues to be a very active member of her urban Indian community.