In 1918, not yet citizens of the U.S., Choctaw members of the American Expeditionary Forces were asked to use their Native language as a powerful tool against the German Forces in World War I, setting a precedent for code talking as an effective military weapon and establishing them as America’s original Code Talkers.

“US of A, you did everything you could with your ‘kill the Indian, save the man’ policies to erase all Native languages. But of course you found convenient to use Native Code Talkers and their language which have played a critical role in winning the wars…Did you ever protect those Native Warriors or did you only protect the Code at whatever Cost necessary??? For your grandeur…for your fame…” ~Adrien Heckstall

In 1917, Choctaw Indians were not citizens of the United States. The language the Choctaws spoke was considered obsolete. That same language later helped bring about a successful end to the first World War (Allen) Of more than 10,000 Native Americans serving in WWI, a number of Choctaw soldiers confounded German eavesdroppers. (Flaherty).

When speaking of going into battle, you can almost be assured that communications is an important weapon. It can be used to defeat your enemy, or it can destroy you. During WWI, the Germans were able to decipher all of the allied forces coded communications. Then something almost miraculous happened. A group of 19 young Choctaw men appeared on the scene, using their own language to transmit messages that the Germans were never able to decipher (Choctaws).

Native Americans including Choctaws, were not allowed to vote until 1924, although years before this they volunteered to fight for what they considered their country, land and people (Allen). According to tribal documents, there were 19 Choctaw Code Talkers: Tobias Frazier, Victor Brown, Joseph Oklahombi, Otis Leader, Ben Hampton, Albert Billy, Walter Veach, Ben Carterby, James Edwards, Solomon Louis, Peter Maytubby, Mitchell Bobb, Calvin Wilson, Jeff Nelson, Joseph Davenport, George Davenport, Noel Johnson, Schlicht Billy and Robert Taylor. The men listed here were part of the 36th Division (Choctaws). Originally, only eight men were recognized as Choctaw Code Talkers, but as the success of using their native language as a code was recognized, others were quickly pressed into service (Allen).

Toward the end of the war, the Germans had tapped radio and telephone communications. Messengers were sent out from one company to another. These messengers had been dubbed runners. One out of four runners were captured by German troops. The Germans had decoded all transmitted messages up to this point in the war (Bloor).

In the first action of the 142nd Infantry at St. Etienne, it was recognized that of all the various methods of liaison the telephone presented the greatest possibilities. The field of rocket signals is restricted to a small number of agreed signals. The runner system is slow and hazardous. T.P.S. is always an uncertain quantity. It may work beautifully and again, it may be entirely worthless. The available means, therefore, for the rapid and full transmission of information are the radio, buzzer and telephone, and of these the telephone was by far the superior, – provided it could be used without let or hindrance, – provided straight to the point information could be given.
It was well understood however, that the German was a past master of listening in Moreover, from St. Etienne to the Aisne we had traveled through a county netted with German wire and cables. We established P.C.s in dugouts and houses, but recently occupied by him. There was every reason to believe every decipherable message or word going over our wires also went to the enemy. A rumor was out that our Division had given false coordinates of our supply dump, and that in thirty minutes the enemy shells were falling on the point. We felt sure the enemy knew too much. It was therefore necessary to code every message of importance and coding and decoding took valuable time.

While comparatively inactive at Vaux-champagne, it was remembered that the regiment possessed a company of Indians. They spoke twenty-six different language or dialects, only four or five of which were ever written. There was hardly one chance in a million that Fritz would be ale to translate these dialects and the plan to have these Indians transmit telephone messages was adopted. The regiment was fortunate in having two Indian officers who spoke several of the dialects. Indians from the Choctaw tribe were chosen and one placed in each P.C.

The first use of the Indians was made in ordering a delicate withdrawal of two companies of the 2nd En. from Chufilly to Chardoney on the night of October 26th. This movement was completed without mishap, although it left the Third Battalion, greatly depleted in previous fighting, without support. The Indians were used repeatedly on the 27th in preparation for the assault on Forest Farm. The enemy’s complete surprise is evidence that he could not decipher the messages.

After the withdrawal of the regiment to Louppy-le-Petit, a number of Indians were detailed for training in transmitting messages over the telephone. The instruction was carried on by the Liaison Officer Lieutenant Black. It had been found that the Indian’s vocabulary of military terms was insufficient. The Indian for ‘Big Gun’ was used to indicate artillery. ìLittle gun shoot fast, was substituted for machine gun and the battalions were indicated by one, two and three grains of corn. It was found that the Indian tongues do not permit verbatim translation, but at the end of the short training period at Louppy-le-Petit, the results were very gratifying and it is believed, had the regiment gone back into the line, fine results would have been obtained. We were confident the possibilities of the telephone had been obtained without its hazards.

Choctaw nation historian Charley Jones has said in his information history classes that Pushmataha, a Choctaw chief who died in 1827, once predicted that the Choctaw war cry would be heard in foreign land (Callaway). Pushmataha had no idea how right he was.

One of the Choctaw Code Talkers has frequently been called Oklahoma’s greatest war hero of the first World War. While in the Meuse-argonne campaign, Joseph Oklahombi discovered a group of 250 German soldiers having a meal in a cemetery. The cemetery had high walls and only one gate, so Oklahombi blocked the gate and killed 79 of the German soldiers. The rest of the Germans surrendered to him.

The history book, “World War I: The Thirty Sixth Division” reports that on October 6, 1918 the Thirty Sixth was advanced to the front line and within two days were part of a fresh attack on the Germans strongholds. American soldiers were unprotected, save for heavy artillery dire from the 142nd Infantry, when crossing a wide stretch of land. The artillery fire kept the Germans pinned down, enabling the Americans to kill and/or capture the Germans in their own trenched. During the fight, they noticed something peculiar. An unusual number of German communications lines were uncovered.

The ease in locating these telephone lines made Colonel Bloor suspicious enough to believe they had been left behind deliberately. Bloor felt the Germans wanted the Americans to use their lines so they could tap into them and monitor conversations, learning of plans and strategies the Allied forces planned to use. By using the Choctaw members of Company E to transmit messages in their native tongue, the tactic was immediately turned to the Americans favor.

When the Choctaw tongue was spoken over the field telephones, the Germans stopped attacking the supply dumps and counter attacking the American troops. This is because they had no idea what the Choctaws were saying and couldn’t effectively spy on the message transmissions. A captured German officer confessed that his intelligence personnel “were completely confused by the Indian language and gained no benefit whatsoever from their wiretaps.”

The Germans didn’t have much to research regarding Native American languages. Since the Germans had been successfully deciphering American-coded messages, they had some idea of how the Allies might code their secret communications. Most Americans are of an European origin. Choctaws, on the other hand, aren’t, so the Germans had no reference to translate the Native language of the Choctaws (Wright).

Within 24 hours after the Choctaw language was pressed into service, the tide of the battle had turned and in less than 72 hours the Allies were on full attack.

While more than one of the Choctaw soldiers has claimed credit for the idea of using the language they grew up speaking to confuse their enemy, and Army officers argue that the initiative was theirs, the late Code Talker Victor Brown realized what is really important about the story.

The Choctaw Nation today is very proud of the story of the original Code Talkers, and even has a granite monument at the entrance to their capitol grounds that bears the engraved names of all 18 men who used their language to help win World War I. The language is so important to the tribe today that the current administration has classes offered in several states and even offers free Choctaw classes on the internet.

SOURCE: Based on materials from the Choctaw Nation of Oklahoma and “Choctaw Indian Code Talkers of World War I” by Phillip Allen

George Stinney: The Legal Murder of a Young Boy (1944) 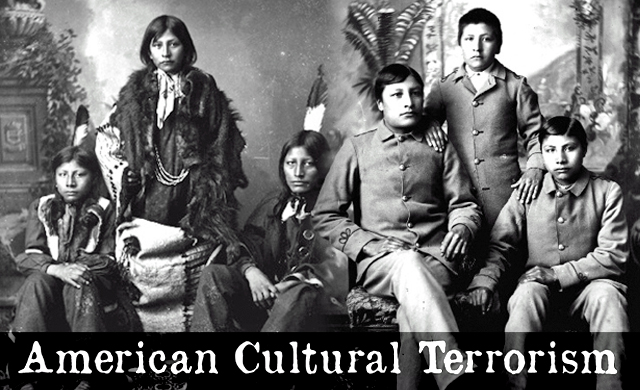