George Stinney Jr., a 14 year old boy being ‘legally’ sent to the electric chair on June 16, 1944, cannot be erased, should never be forgotten, and is an important chapter in the story of Black America.

Never Forget. The Legal Murder of George Stinney Jr. was the youngest person ever executed legally in the US of A in the 20th century. Cases like George Stinney’s will forever haunt the American legacy. 70 years too late, finally in December 2014, Judge Carmen Mullins vacated the boy’s conviction and cleared his name for the beating deaths of Mary Emma Thames, 7, and Betty June Binnicker, 11, in segregated Alcolu, South Carolina.

She noted the lack of a credible defense during the trial, and said the boy’s confession, of which there were two versions, appeared to have been coerced. There were no witnesses and no physical evidence in the case. What a travesty of justice!

A few years ago, a family claimed that their deceased family member confessed to the murders of the two girls on his deathbed. The rumored culprit came from a well-known, prominent White family. Members of the man’s family served on the initial coroner’s inquest jury, which had recommended that Stinney be prosecuted.

In a South Carolina prison on June 16, 1944, guards walked a 14-year-old Black boy, bible tucked under his arm, to the electric chair. He used the bible as a booster seat. At 5′ 1″ and 95 pounds, the straps didn’t fit, and an electrode was too big for his leg. Check George Stinney Jr. ‘s prison record.

The switch was pulled, and the adult-sized death mask fell from his face. Tears streamed from his wide-open, tearful eyes, and saliva dripped from his mouth. Witnesses recoiled in horror as they watched the execution of the youngest person in the United States in the past century. 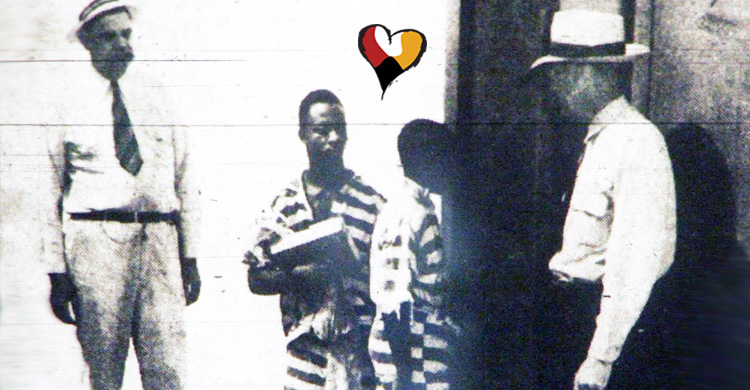 George Stinney Jr. was accused of killing two White girls, 11-year-old Betty June Binnicker and 8-year-old Mary Emma Thames. Because there were no Miranda rights in 1944, Stinney was questioned without a lawyer and his parents were not allowed into the room.

The sheriff at the time said that George Stinney Jr. admitted to the killings, but there is only his word and no written record of the confession has been found. Reports even said that the officers offered Stinney ice cream for confessing to the crimes.

Stinney’s father, who had helped look for the girls, was fired immediately and ordered to leave his home and the sawmill where he worked. His family was told to leave town prior to the trial to avoid further retribution. An atmosphere of lynch mob hysteria hung over the courthouse. Without family visits, the 14-year-old had to endure the trial and death alone.

The court appointed George Stinney Jr. an attorney o tax commissioner preparing for a Statehouse run. There was no court challenge to the testimony of the three police officers who claimed that Stinney had confessed, although that was the only evidence the prosecution presented.

The trial took place before an All-White jury and audience (Blacks were not allowed entrance), and lasted two and a half hours. The jury took ten minutes to deliberate before it returned with a guilty verdict.

Never Forget. The legal murder of George Stinney will forever haunt the American legacy. Although the world and this nation have undoubtedly changed for the better, race still often collides with justice and results in tragedy. Cases like George Stinney Jr. ‘s cannot be erased, should never be forgotten, and are an important chapter in the story of Black America.

Never Forget. The Legal Murder of George Stinney by Jonathan Wall & video clip from the 1991 movie “Carolina Skeletons” which is based on that event. George Junius Stinney Jr. was, at age 14, the youngest person executed in the United States in the 20th century (1944).

Source: Based on material from npr.org

← The Dance of My Soul: Adopted Into a White Family George Bonga: Fur Trader of Ojibwe and African Heritage →