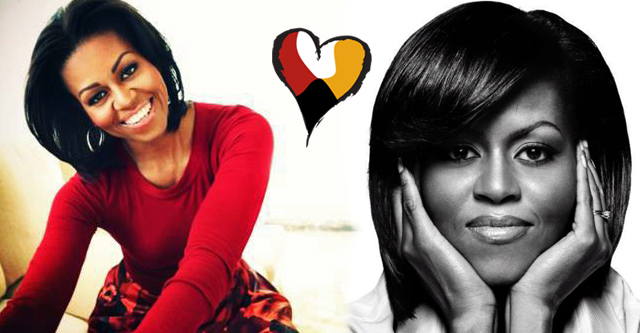 Michelle Obama – a trailblazer of the African Diaspora – is also an American lawyer and writer.  (Jacqueline Kennedy Onassis descended from a family known as the van Salee’s, who were described as “mulatto” in the 17th century).

When people ask First Lady Michelle Obama to describe herself, she doesn’t hesitate to say that first and foremost, she is Malia and Sasha’s mom. Michelle Obama has become a part of popular culture.

She has been compared to Jacqueline Kennedy due to her sense of style. Obama’s style has been described as “fashion populist. Her public support grew in her early months as First Lady, as she was accepted as a role model.

Newsweek described her during her first trip abroad in April 2009 as an exhibition of her so-called “star power” and MSN described it as a display of sartorial elegance.

During her early months as First Lady, Michelle Obama visited homeless shelters and soup kitchens. She also sent representatives to schools and advocated public service. Obama advocated for her husband’s policy priorities by promoting bills that support it.

Some observers looked favorably upon her legislative activities, while others said that she should be less involved in politics. According to her representatives, she intends to visit all United States Cabinet-level agencies in order to get acquainted with Washington.

Michelle Obama has made supporting military families and spouses a personal mission and has been increasingly bonding with military families. According to her aides, stories of the sacrifice these families make move her to tears.

Raised on the South Side of Chicago, she is a graduate of Princeton University and Harvard Law School and spent the early part of her legal career working at the law firm Sidley Austin, where she met Obama.

Subsequently, she worked as part of the staff of Chicago mayor Richard M. Daley, and for the University of Chicago Medical Center. Throughout 2007 and 2008, she helped campaign for her husband’s presidential bid.

As the wife of a senator, and later the first lady, she has become a fashion icon and role model for women, and an advocate for poverty awareness, nutrition, and healthy eating. 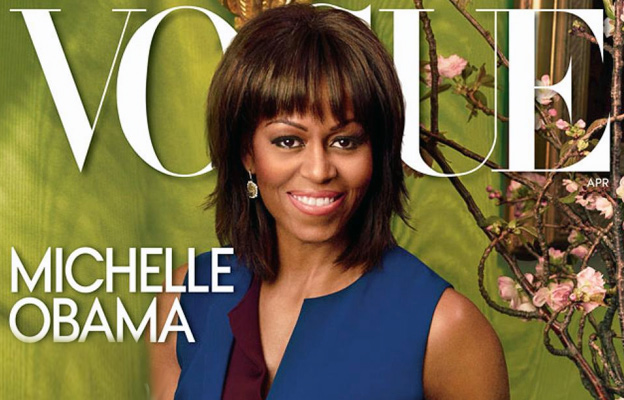 Michelle was inspired to follow her brother to Princeton University, where Craig graduated in 1983. At Princeton, she challenged the teaching methodology for French because she felt that it should be more conversational.

As part of her requirements for graduation, she wrote a thesis entitled Princeton-Educated Blacks and the Black Community. “I remember being shocked,” she says, “by college students who drove BMWs. I didn’t even know parents who drove BMWs.”

While at Princeton, she got involved with the Third World Center (now known as the Carl A. Fields Center), an academic and cultural group that supported minority students, running their daycare center, which also included after school tutoring.

At Harvard she participated in demonstrations advocating the hiring of professors who were members of minorities and worked for the Harvard Legal Aid Bureau, assisting low-income tenants with housing cases.

She is the third First Lady with a postgraduate degree, after her two immediate predecessors, Hillary Rodham Clinton and Laura Bush.

The presidential campaign was her first exposure to the national political scene; even before the field of Democratic candidates was narrowed to two, she was considered the least famous of the candidates’ spouses.

On the first night of the 2008 Democratic National Convention, Craig Robinson introduced his younger sister. She delivered her speech, during which she sought to portray herself and her family as the embodiment of the American Dream.

Obama said both she and her husband believed “that you work hard for what you want in life, that your word is your bond, and you do what you say you’re going to do, that you treat people with dignity and respect, even if you don’t know them, and even if you don’t agree with them.”

She also emphasized loving her country, in response to criticism for her previous statements about feeling proud of her country for the first time. That keynote address was largely well-received and drew mostly positive reviews.

On an October 6, 2008 broadcast, Larry King asked her if the American electorate was past the Bradley effect. She stated that her husband’s achievement of the nomination was a fairly strong indicator that it was.

In November 2013, a Politico article by Michelle Cottle accusing Michelle Obama of being a “feminist nightmare” for not using her position and education to advocate for women’s issues was sharply criticized across the political spectrum.

Cottle quoted Linda Hirshman saying of Obama’s trendy styles, promotion of gardening and healthy eating, and support of military families that “She essentially became the English lady of the manor, Tory Party, circa the 1830s.”

A prominent critic of Cottle was MSNBC host Melissa Harris-Perry, who rhetorically asked: “Are you serious?” Supporters of Obama note that the First Lady has been one of the only people in the administration to address obesity, through promoting good eating habits, which is one of the leading US public health crises.

The garden supplied organic produce and honey to the First Family and for state dinners and other official gatherings.

In January 2010, Obama undertook her first lead role in an administration-wide initiative, which she named “Let’s Move!,” to make progress in reversing the 21st-century trend of childhood obesity.

On February 9, 2010, the First Lady announced Let’s Move! and President Barack Obama created the Task Force on Childhood Obesity to review all current programs and create a national plan towards change. Michelle Obama stated that her goal was to make this effort her legacy:

“I want to leave something behind that we can say, ‘Because of this time that this person spent here, this thing has changed.’ And my hope is that that’s going to be in the area of childhood obesity.”

Her 2012 book American Grown: The Story of the White House Kitchen Garden and Gardens Across America is based on her experiences with the garden and promotes healthy eating.

Her call for action on healthy eating has been echoed by the United States Department of Defense, which has been facing an ever-expanding problem of recruit obesity.

Both Michelle Obama and her husband have been committed advocates of LGBT rights to protect LGBT people by prohibiting discrimination on the basis of sexual orientation and gender identity in the workplace, housing, and all public places.

“This is an important issue for millions of Americans, and for Barack and me, it really comes down to the values of fairness and equality we want to pass down to our girls. These are basic values that kids learn at a very young age and that we encourage them to apply in all areas of their lives. And in a country where we teach our children that everyone is equal under the law, discriminating against same-sex couples just isn’t right. It’s as simple as that.”

SOURCE: Compiled By Sonya Braxton based on materials from Wikipedia, and WhiteHouse.gov.

← The Black Hills Are Not For Sale. Honor the Treaties! Georgette Palmer Smith: Executive Director of Native Learning Center →