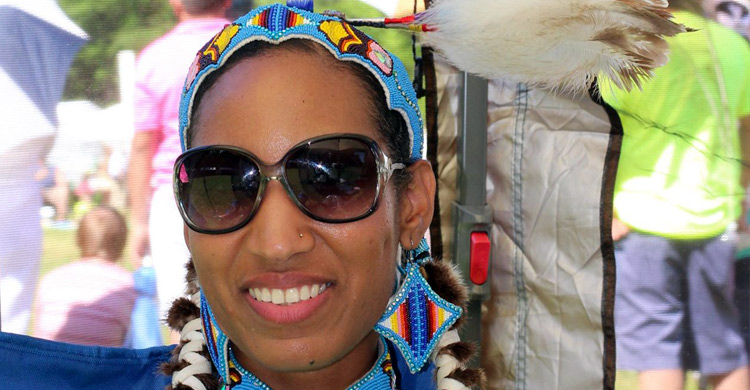 Amber Saunders is an enrolled member of the Tuscarora Nation of North Carolina – deer clan. Amber has been active in her Native culture since infancy and has danced at Pow wows all over the United States since she was a child.

“Why we dance: To dance is to pray, to pray is to heal, to heal is to give, to give is to live, to live is to dance.”
~Amber Saunders

At a young age Amber saunders began dancing Fancy Shawl, as well as Iroquois smoke dance and other Iroquois social dances. Amber is currently a wife and mother of 3 awesome kids who have danced at powwows and cultural performances since they could walk. Amber strives to keep her heritage and traditions alive for the generations to come.

Women’s fancy shawl—often mistakenly thought to be a dance that traces back far in history but is actually a fairly recent innovation—is one of the most anticipated competitions at pow wows. In this unique performance

For generations, women’s dances tended to be restrained, regal and sedate. But when men in the 1920s created what we now know as men’s fancy dance in order to skirt U.S. government bans on tribal dances (and simultaneously create a spectacle for tourists willing to pay for the pleasure of viewing these performances), women wanted in on the action.

This early form of the dance didn’t take off until the 1950s, when women in northern tribes incorporated traditionally feminine aspects. And thus what we now know as fancy shawl dance was born.

Fancy shawl dancers are often said to resemble butterflies. The shawl that gives the dance its name—a fringed, colorful, often beaded or appliquéd adaptation of the traditional women’s blanket—extends over the length of the dancer’s “wingspan.” Being light on one’s feet is a must, so the simile applies. Footwork tends to be decided by the individual; there is no particular set of steps to which dancers must adhere, and balance and symmetry are more esteemed than fancy moves. At least one foot should hit the ground with each drumbeat, except during jumps or spins; the dancer’s head also keeps time with the beat, though not nearly as emphatically as one might see in men’s fancy dance. As with all pow wow dancing, dancing to the tone, style and rhythm of the song is essential, and not ending with the final drumbeat will get a dancer disqualified. Poise, endurance, showmanship, agility and grace are the prized attributes. 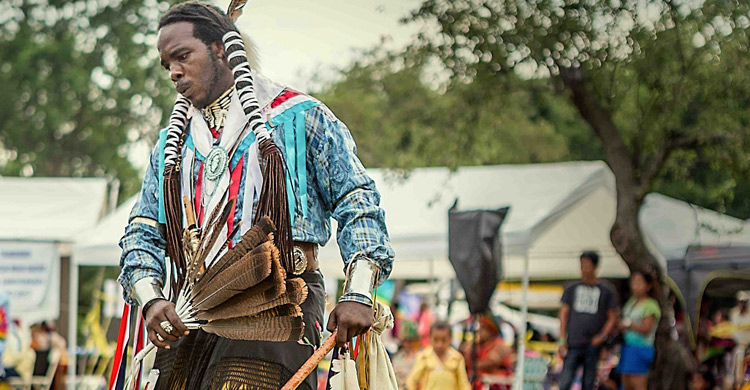