Afro Native Ausben Jordan Strongheart is known for being a worldwide performer in his scene. He is also an avid speaker on African and Native rights, culture and tradition. His career paths have taken him globally, but his heart always remains in Native America. Being a proud Afro Native American, and remaining connected with the ancestors.

Currently, Ausben Jordan Strongheart aka King Aus been using his talents to spread his love of dance, acting, and music in his home town. 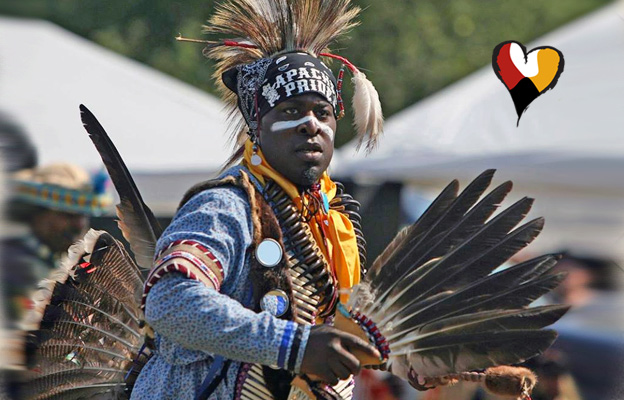 Through his dance competitions, and vying for International awards, has always represented himself as an Indigenous man. All throughout his life he has kept his metaphoric dance with the traditional and the contemporary in sync.

Ausben holds a background in professional dance with a Bachelors of Fine Arts from Stephenʼs College in Columbia Missouri, this has given him the prestige of teaching his love to troubled youth and international audiences throughout the world.

Currently residing in In Texas. As an Afro Native American, Ausben Jordan has developed his artistic career into cultural exchange through the oldest form of ethno-communication, music, and dance. Taking cues from his roots as a Northern Men’s Traditional dancer. He continues to show his Native pride through the rhythms of sustaining his culture. 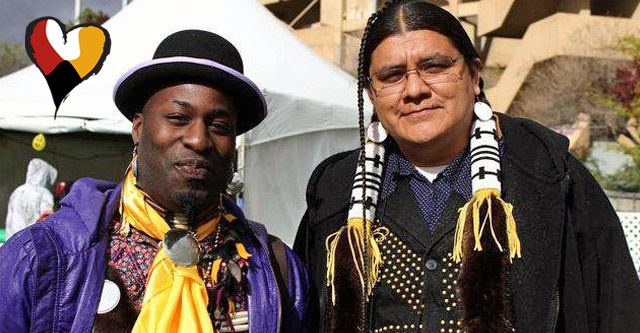 Ausben describes some of his greatest influences as being the force that keeps him alive, much of that force being the strong bloodline of his Indigenous ancestors. The blend of his cultures keeps his feet on the warrior dancers path of greatness.

Ausben Jordan acknowledges the congruency between his past and present as, “my traditional dance influenced my contemporary dance because it lets me know that every step I take has a spiritual meaning connected to a higher life force.”

The connections between his dance career and tribal culture is basic to the cell memory that is inherent to all of his performances. Ausben Jordan Strongheart honors both sides of his ancestors through the musical and dance projects he has lent his talents to The Universal Zulu Nation, Iconic House Of Ultra Omni, The Ivy League dance crew, and Imperial House of Waacking.

“I know with my dance I can express every feeling that can’t be spoken.”

Within the underground dance world, this has given him such opportunities as working with well-known performers and musical icons such as Snoop Dogg, Jody Watley, Wayne Brady, Madonna, Paula Abdul, and Run DMC. He has performed on and off-Broadway in shows such as Tarzan, Bo’Jangels Dance, West Side Story (Stockholm), and more.

While creating his career on an international stage he remembers that his dance steps did not begin with himself but through a long rhythmical history handed down in an Indigenous drum beat pulsating like the heart of mother earth.

Ausben finds solace and inspiration much like his ancestors did through the sacred movements of dance.

“It relates to the tribal world because without the heartbeat of the drum or the praises sung by the singers. The dances would be empty steps.”

Whether Ausben Jordan Strongheart is performing on the Broadway stage or on the North American Powwow trail, he continues to hold strong to being an Afro Native American man in the Twenty-First Century.

Ausbenʼs future endeavors are limitless but he wishes to return back to Native communities to inspire youth through the creative art forms that have taken him worldwide.

He believes the talent of Native America is yet to be discovered by the international world and has yet to take a rightful place amongst the many international performers, that have long sought inspiration from it.