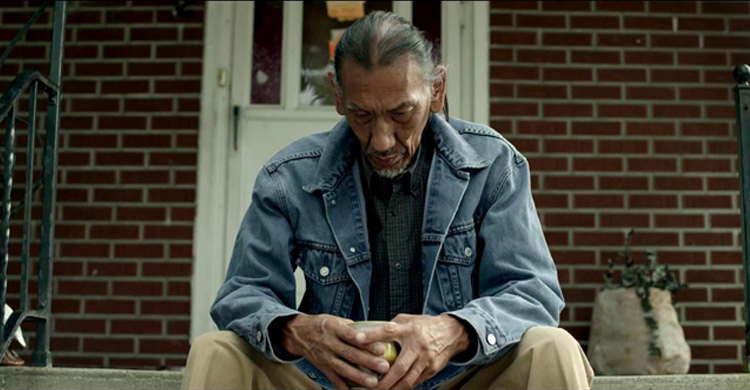 This powerful music video of “Make It Bun Dem” tells so much more than what it depicts..

It depicts a conflict between citizens losing their homes to eminent domain and the officer seeking to evict them to enrich a real estate developer. The video begins with a Code Enforcement Officer knocking on the doors of people being evicted from their homes, and the victims and their families being pulled struggling from their homes. An elderly Native American Indian man is shown waiting for his turn on the front porch, as a younger family member (Nakotah Larance) arrives home and goes into the backyard to perform a grass dance with two boys watching him in fascination.

It begins to rain, an act of non-violent direct action that causes the development plans of the businessman to be washed away. Later, the Native Americans conduct a smudging ritual in which the boy’s guardian smears red paint on his face, and hands a roach (a headpiece for regalia) to him. He returns outside and a glowing golden eagle bursts from his chest followed by a trail of golden light whilst the guardian beats a drum in ritual.

The officers accompany Code Enforcement to the house, but then refuse to aid him in breaking into the house and give him the finger, so the Code Enforcement Officer enters the backyard alone, and is met with the sight of the young Native American Indian boy and the golden bird. The bird flies towards the man and the scene cuts off abruptly. The Native American Indian elder is seen sitting in his living room, surrounded by three huskies. This video was filmed in Lincoln Park, Michigan, with two local children acting as the children watching the young Native American boy do his dance. 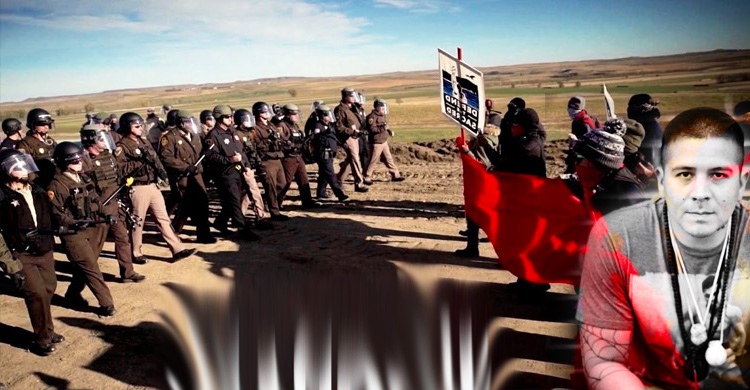