21st Century Indigenous Movement in the US and Caribbean 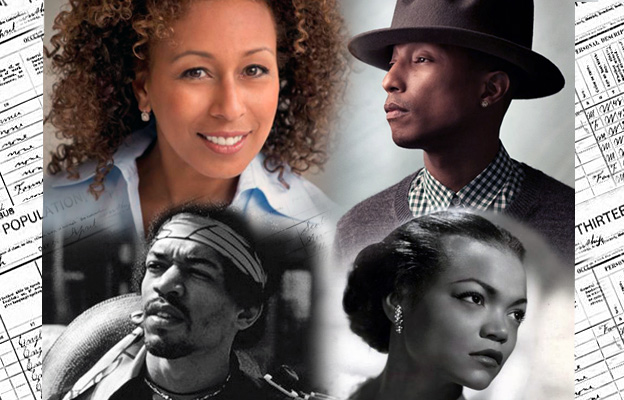 Bamboozled No More! We are still here… Us Be Mixed or Full Blood Natives

There is a movement beginning in the U.S. and the Caribbean Islands where our American Indian people be they mixed or full blood are waking up to the fact that we all have been bamboozled, and in more ways than one by the cruel acts of Paper Genocide of Native American Indians.

The truth is that millions of our people have been relabeled to Black, White, and Mulatto, and Hispanic or even White with Caribbean Indians living in the U.S., and also the unbelievable bias against Black Indians, or Indians with African ancestry.

The first issue that needs IMMEDIATE resolving is the way our Indian people who already have “paper recognition” denounce of our MIXED people who claim their Indian heritage and also make light of the fact that multitudes of our Indian people have to the detriment of Indian heritage been reclassified to Black, White, and Mulatto due to paper genocide.

All of this negativity in our land must stop in our American Indian community. It’s not right, and remember there was a time when tribal peoples in our land had to fight to gain many of the rights available now in our land. I am especially ashamed of some of my Indian folk racist remarks directed at Mixed Indians.

The Creator and Ancestors are not proud of anyone who turns his or her back on our blood. I for one welcome our mixed people in the fold because they are family.

The other issue that need resolution is the massive Paper Genocide that has affected every single Native American Indian in America and those Indians in America of Caribbean descent since being reclassified to Black, White, Mulatto, and Hispanic by racist census workers who went on a mission to suppress the Indian Heritage of multitudes of our people in the U.S. and the Caribbean Islands.

Recently there was nasty backlash aimed at music artist Pharrell for making the mistake many Indians from the east coast do make in wearing items not affiliated with our culture on this side of our region now know as the United States and Caribbean Islands.

Pharrell wore a headdress that is used in Plains Indian culture, he apologized but mostly White people and mainstream Indian news organizations made a big issue out of it in an attempt to shame Pharrell, who is mixed, into not expressing his Indian ancestry.

This is the behavior we must fight against, no one of actual Indian ancestry in America who has Indian ancestors going back to colonial America should ever have to face this kind of negativity for speaking out in who they are.

Pharrell acknowledges his Indian heritage in an interview with Oprah in October of 2012 Quote “The young man whose name is derivative of his father’s (Pharaoh) and who says he has Native American and Egyptian heritages, introduced a new generation to the condition by naming his third album Seeing Sounds. He’s open about his synaesthesia, raising public awareness and adding his glamour to the gift.”

Instead of American Indian peoples in the U.S. shunning our mixed-raced Indian people or paper genocide Indians we should be embracing them as our Ancestors did. Pharrell and other celebrities have mixed ancestry but many are not embracing it because of how Indians and White media in our land shun them for doing so.

A positive story of coming out Indian.
Celebrity actress Tamara Tunie famous for her role on Law and Order who has taken on a role for the film “The Red Road” she also has American Indian ancestry.

Part of Interview with “the red road” star Tamara Tunie by Isaiah Sherman:

Q: Your own ancestry is similar to Marie’s—a mix of Native American, African and European. Was it interesting for you to tap into your heritage in that way?

A: Absolutely. It’s the first time in my career that I was presented a character to play whose genetic makeup is the same as mine. It was great, because I needed to supply the production with photographs to go around [Marie’s] house, of family. When my uncle passed away—many, many years ago—I kind of confiscated and inherited all of his family photos and stuff, so I went into that shopping bag I had that they were still sitting in. I started looking through some of the photos of my grandmother and, you know, her grandmother and I landed on one particular photo that is very dear to me. It appears to be my grandmother’s mother and her sister, and it’s a very Victorian picture. They’re clearly Native American, but they have Gibson Girl hairstyles and they’re in high-collared Victorian dresses, and it was just really kind of like, “Wow, there it is!” So that was awesome, and it makes me proud. It makes me very proud to be able to acknowledge all of my ancestral makeup, even though of course I consider myself African American. There’s definitely a joy to be like, “And yes, I’m Native American, too!”

We must unite as a people in our land now called America. Be us recognized legal Indians, suppressed Indians due to Paper Genocide, Caribbean Indians, or Black Indians. We are all Indian, and we are family. We need our people to confront Paper Genocide in our land, in our neighborhoods, our schools, thru our celebrities, our politicians, our media, our activists. We are still here, this is our movement and will be recognized as who we are in our land…American Indians.

Some Celebrities and other notable people with Native American or Mixed Ancestry:

And MANY MANY MORE…

Bamboozled No More! We are still here… Us Be Mixed or Full Blood Natives

SOURCE: Written and Compiled by Sonya Braxton based on materials from Wikipedia, The Oprah Magazine and Interview with Tamara Tunie on Sundance.tv by Isaiah Sherman