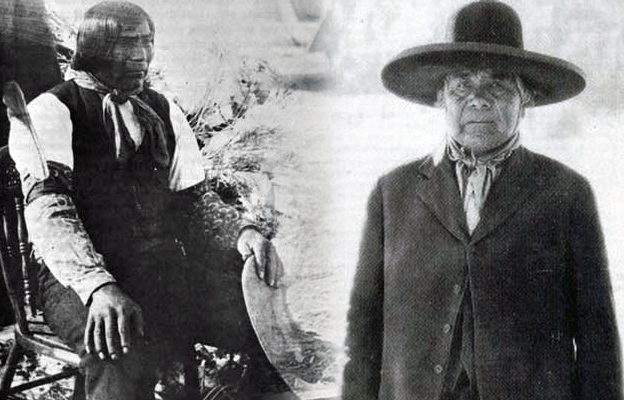 Prophet Wodziwob, another Northern Paiute is believed to be the first to introduce the Ghost Dance rituals around 1869. Wovoka is the chief figure that reintroduced the movement in 1889. Wovoka means “cutter” or “wood cutter” in the Northern Paiute language.

Wovoka (c. 1856 – September 20, 1932) was born in Smith Valley area southeast of Carson City, Nevada, around the year 1856. Wovoka’s father may have been the religious leader variously known as “Tavibo” or “Numu-Taibo” whose teachings were similar to those of Wovoka.

Regardless, Wovoka clearly had some training as a medicine man. Wovoka’s father died around the year 1870, and he was taken in by David and Abigail Wilson, who was a rancher in the Yerington, Nevada area.

Wovoka worked on Wilson’s ranch and used the name Jack Wilson when dealing with whites. David Wilson was a devout Christian, and Wovoka learned Christian theology and Bible stories while living with him.

Wovoka gained a reputation as a powerful medicine man early in adulthood. Wovoka’s vision entailed the resurrection of the Paiute dead and the removal of whites and their works from North America.

The messiah’s message declared that there would come a time when the earth would be destroyed, and a new world would be created. The white men would perish under soil five times the height of man, but leave the American Indians untouched to inhabit the earth.

Later, the buffalo and the antelope would return, and the deceased ancestors would rise up to the earth where they would all live in a world free from disease, starvation, and violence.

This vision came to Wovoka during an eclipse of the sun and while he was suffering from high fever on or around January 1, 1889. For the apocalypse to happen the Arapaho people had to rid themselves of evil and practice honesty and peace not only to other tribes but to the whites as well. 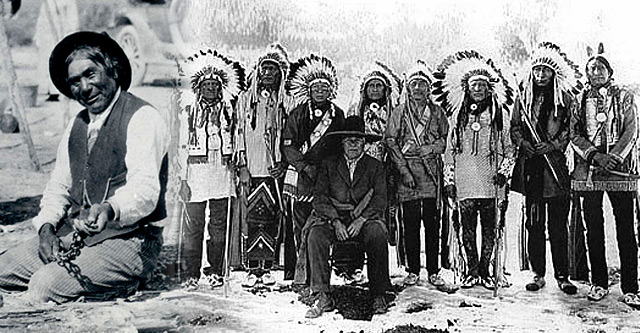 Wovoka’s teachings spread quickly among many Native American Indian people, notably the Lakota. The Ghost Dance movement is known for being practiced by the victims of the Wounded Knee Massacre in 1890; Agents from the BIA, soldiers, and other federal officials were predisposed towards a cautious, wary, and defensive posture when dealing with a movement that was so mysterious to them.

Wovoka died in Yerington on September 20, 1932, and is interred in the Paiute Cemetery in the town of Schurz, Nevada.

SOURCE: Based on materials from Wikipedia, Lic. CC BY-SA 3.0