Te Ata Thompson or Te Ata Fisher after her marriage was a Native actress, member of the Chickasaw Nation.

Te Ata Fisher (December 3, 1895 – October 26, 1995) was known for telling American Indian stories. She performed as a representative of American Indians at state dinners before President Franklin D. Roosevelt in the 1930s.

She was inducted into the Oklahoma Hall of Fame in 1957 and named Oklahoma ‘s first State Treasure in 1987. Te Ata Fisher’s influence on the appreciation of Native traditions and the art of storytelling is an enduring legacy.

Te Ata “Mary Frances” Thompson was born in Emet, Chickasaw Nation, Indian Territory, near the present city of Tishomingo, Oklahoma. Her father, T. B. Thompson, was the last treasurer of the Chickasaw Nation.

Her uncle, Douglas H. Johnston, was the last governor of the Chickasaw Nation. She was educated in Tishomingo where she found a mentor in teacher Muriel Wright. Later, she attended Oklahoma College for Women (now the University of Science and Arts of Oklahoma in Chickasha, Oklahoma). 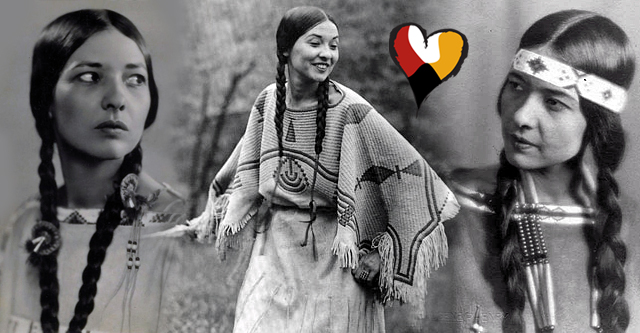 Another teacher, Frances Densmore Davis, recognized her talent for drama. About this time Mary Frances began to use her stage name, Te Ata, reflecting her Indian heritage. The name Te Ata means “bearer of the morning” in the Chickasaw language.

Ms. Davis encouraged Te Ata to attend the Carnegie Institute of Technology in Pittsburgh, Pennsylvania for a year. In 1922, she moved to New York City. There she met and married Clyde Fisher in 1933. Te Ata Fisher was a naturalist and later became curator of the Hayden Planetarium.

Also In 1933, she performed at the first state dinner given by Franklin D. Roosevelt. She performed again for the Roosevelts in 1939, during a state visit by King George VI of England. Te Ata also wrote the children’s book, “Baby Rattlesnake”. 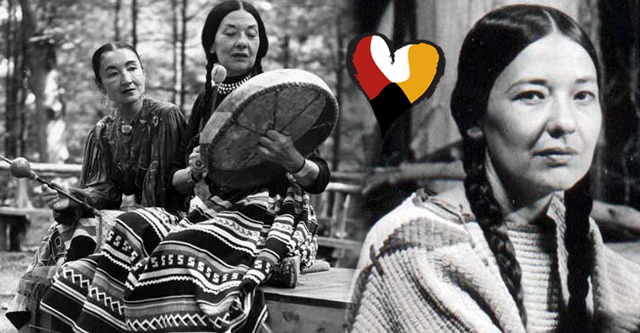 Te Ata was inducted into the Oklahoma Hall of Fame in 1958. In 1975, she received a “special recognition” award at the first Governor’s Arts Awards ceremony. In 1976, she received the Governor’s Award and was named Woman of the Year by the Ladies’ Home Journal magazine. She was named Oklahoma’s first State Treasure in 1987.

Te Ata Fisher died on October 26, 1995, in Oklahoma City. A portrait of Te Ata Fisher was unveiled at the Oklahoma State Capitol in Oklahoma City on February 10, 2010. Speakers included Bill Anoatubby, chief of the Chickasaw Nation and U. S. Representative Tom Cole. The portrait was painted by Nellie Ellen Shepherd. She preserved and promoted great affection for old ways, American Indians, and natural beauty.

SOURCE: Based on materials from the Oklahoma Historical Society and Wikipedia.