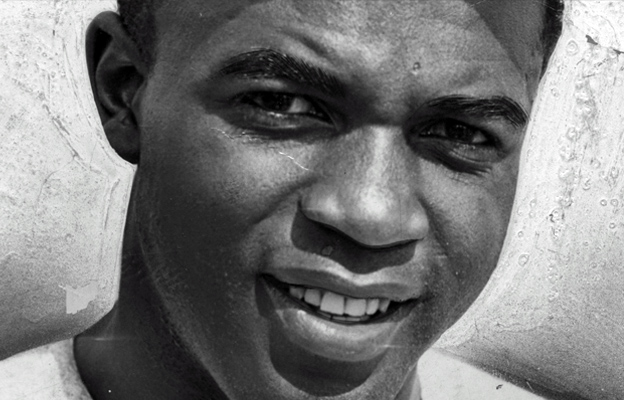 Jackie Robinson (Jan. 31, 1919 – Oct. 24, 1972) broke the color line when the Brooklyn Dodgers started him at first base on April 15, 1947. Jackie Robinson’s life & legacy will be remembered as one of the most important in Baseball history.

As the 1st major league team to play a Black man since the 1880s, the Dodgers ended racial segregation that had relegated black players to the Negro leagues for over five decades.

“I’m not concerned with your liking or disliking me… All I ask is that you respect me as a human being.”

The example of Robinson’s unquestionable talent challenged the traditional basis of segregation. Jack Roosevelt Robinson was born in Cairo, Georgia in 1919 to a family of sharecroppers. His mother, Mallie Robinson, single-handedly raised Jackie and her four other children.

They were the only Black family on their block, and the prejudice they encountered only strengthened their bond. From this humble beginning would grow the first baseball player to break Major League Baseball ‘s color barrier that segregated the sport for more than 50 years. 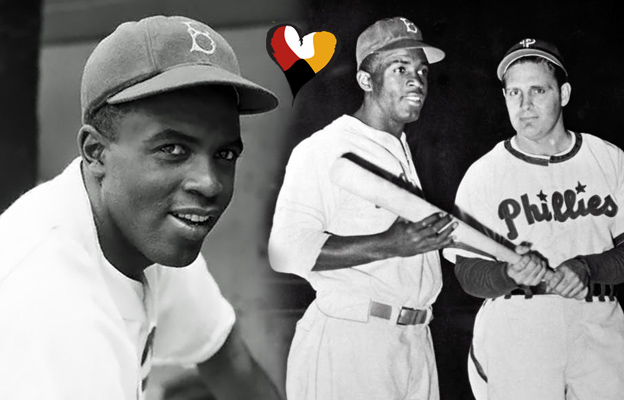 Growing up in a large, single-parent family, Jackie excelled early at all sports and learned to make his own way in life. At UCLA, Jackie became the first athlete to win varsity letters in four sports: baseball, basketball, football, and track.

In 1941, he was named to the All-American football team. Due to financial difficulties, he was forced to leave college and eventually decided to enlist in the U.S. Army. After two years in the army, he had progressed to second lieutenant.

His army career was cut short when he was court-martialed in relation to his objections to incidents of racial discrimination. In the end, Jackie left the Army with an honorable discharge.

In 1945, Jackie played one season in the Negro Baseball League, traveling all over the Midwest with the Kansas City Monarchs. But greater challenges and achievements were in store for him. In 1947, Brooklyn Dodgers president Branch Rickey approached Jackie about joining the Brooklyn Dodgers.

The Major Leagues had not had an African-American player since 1889, when baseball became segregated. When Jackie first donned a Brooklyn Dodger uniform, he pioneered the integration of professional athletics in America.

By breaking the color barrier in baseball, the nation’s preeminent sport, the deeply rooted custom of racial segregation in both the North and the South were challenged.

At the end of Robinson’s rookie season with the Brooklyn Dodgers, he had become National League Rookie of the Year with 12 homers, a league-leading 29 steals, and a .297 average.

In 1949, he was selected as the NL’s Most Valuable Player of the Year and also won the batting title with a .342 average that same year. As a result of his great success, Jackie was eventually inducted into the Baseball Hall of Fame in 1962.

Jackie Robinson married Rachel Isum, a nursing student he met at UCLA, in 1946. As a Black-American baseball player, Jackie was on display for the whole country to judge. Rachel and their three children, Jackie Jr., Sharon, and David, provided Jackie with the emotional support and sense of purpose essential for bearing the pressure during the early years of baseball.

“But as I write these words now I cannot stand and sing the National Anthem. I have learned that I remain a Black in a white world.”

On the date of Robinson’s historic debut, all Major League teams across the nation celebrated this milestone. Also that year, on United States Post Office honored Robinson by making him the subject of a commemorative postage stamp. On Tuesday, April 15 President Bill Clinton paid tribute to Jackie at Shea Stadium in New York in a special ceremony.

SOURCE: Based on materials from the Official website of JackieRobinson.com.