The Wilmington Massacre of African Americans 1898 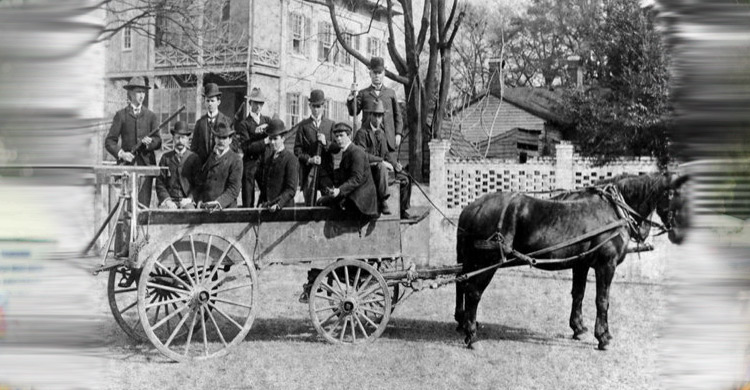 The Wilmington massacre is American Terrorism at its finest. It occurred in North Carolina on Nov. 10 1898.

The Wilmington Massacre of 1898 was a bloody attack on the African American community by a heavily armed white mob with the support of the North Carolina Democratic Party on November 10, 1898 in the port city of Wilmington, North Carolina.

This event is considered one of the only successful examples of a violent overthrow of an existing government (coup d’etat) and left countless numbers of African American citizens dead and exiled from the city. It was the springboard for the white supremacy movement and Jim Crow Segregation throughout the state of North Carolina, and the American South.

This incident is barely mentioned and has been omitted from most history books. It was not until 2006, after the North Carolina General Assembly published a report on it, that the tragedy became known to the public.

Nine Negroes massacred outright; a score wounded and hunted like partridges on the mountain; one man, brave enough to fight against such odds would be hailed as a hero anywhere else, was given the privilege of running the gauntlet up a broad street, where he sank ankle deep in the sand, while crowds of men lined the sidewalks and riddled him with a pint of bullets as he ran bleeding past their doors; another Negro shot twenty times in the back as he scrambled empty handed over a fence; thousands of women and children fleeing in terror from their humble homes in the darkness of the night, out under a gray and angry sky, from which falls a cold and bone chilling rain, out to the dark and tangled ooze of the swamp amid the crawling things of night, fearing to light a fire, startled at every footstep, cowering, shivering, shuddering, trembling, praying in gloom and terror: half clad and barefooted mothers, with their babies wrapped only in a shawl, whimpering with cold and hunger at their icy breasts, crouched in terror from the vengeance of those who, in the name of civilization, and with the benediction of the ministers of the Prince of Peace, inaugurated the reformation of the city of Wilmington the day after the election by driving out one set of white office holders and filling their places with another set of white office holders—the one being Republican and the other Democrat.

All this happened, not in Turkey, nor in Russia, nor in Spain, not in the gardens of Nero, nor in the dungeons of Torquemada, but within three hundred miles of the White House, in the best State in the South, within a year of the twentieth century, while the nation was on its knees thanking God for having enabled it to break the Spanish yoke from the neck of Cuba. This is our civilization.

This is Cuba’s kindergarten of ethics and good government. This is the Protestant religion in the United States, that is planning a wholesale missionary crusade against Catholic Cuba. This is the golden rule as interpreted by the white pulpit of Wilmington.

Over this drunken and blood thirsty mob they stretch their hands and invoke the blessings of a just God. We have waited two hundred and fifty years for liberty, and this is what it is when it comes. O Liberty, what crimes are committed in thy name! A rent and bloody mantle of citizenship that has covered as with a garment of fire, wrapped in which as in a shroud, forty thousand of my people have fallen around Southern ballot boxes.

A carload of workingmen, whose only crime is their color, halted at the border of the state of Lincoln and Grant by a governor who out to be in a penitentiary. A score of intelligent colored men, able to pass even a South Carolina election officer, shot down at Phoenix, South Carolina, for no reason whatever, except as the Charleston News and Courier said because the baser elements of the community loved to kill and destroy.

The pitiful privilege of dying like cattle in the red gutters of Wilmington, or crouching waist-deep in the icy waters of neighboring swamps, where terrified women gave birth to a dozen infants, most of whom died of exposure and cold. This is Negro citizenship! This is what the nation fought for from Bull Run to Appomattox! 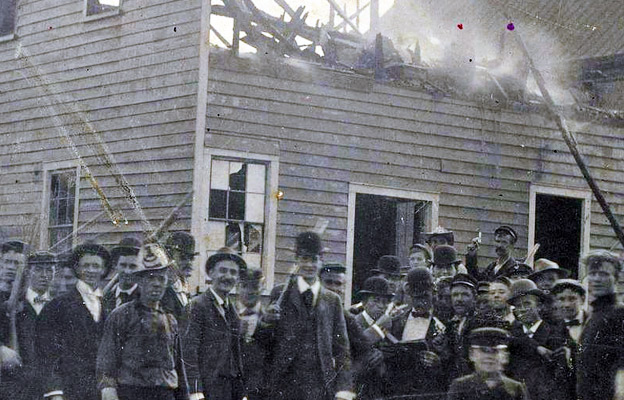 What caused all this bitterness, strife, arson, murder, revolution and anarchy at Wilmington? We hear the answer on all sides—”Negro domination.” I deny the charge.

It is utterly false, and no one knows it better than the men who use it to justify crimes that threaten the very foundation of republican government; crimes that make the South red with blood, white with bones and gray with ashes; crimes no other civilized government would tolerate for a single day.

Can nine Negroes dominate one hundred and sixty white men? That would be a fair sample of the tail wagging the dog. Not a colored man holds a state office in North Carolina; the whole race has less than five percent of all the offices in the state.

The Good Samaritan did not leave his own eldest son robbed and bleeding at his own threshold, while he went ‘way off down the road between Jerusalem and Jericho to hunt for a man that had fallen among thieves. for can America afford to go eight thousand miles from home to set up a republican government in the Philippines while the blood of citizens whose ancestors came here before the Mayflower is crying out to God against her from the gutters of Wilmington.

2015 Trailer of Wilmington on Fire
by Christopher Everett

SOURCE: Based on materials from Rev. Charles S. Morris and documentary film “Wilmington on Fire” by Christopher Everett