The Real Story of Thanksgiving: Story of a Massacre 1637 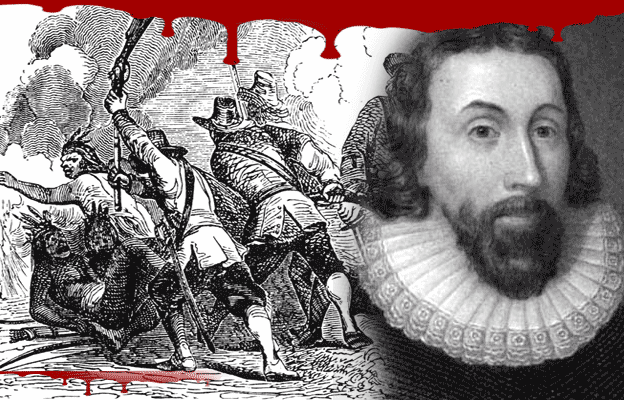 The REAL story of thanksgiving explained by Susan Bates doesn’t have quite the same fuzzy feelings associated with it as the one where the Indians and Pilgrims are all sitting down together at the big feast.

However, the meaning of Thanksgiving for Native Americans is filled with painful history which has been covered up with the Pilgrims and Indians story…

Most of us associate the holiday with happy Pilgrims and Indians sitting down to a big feast. And that did happen – once. The story began in 1614 when a band of English explorers sailed home to England with a ship full of Patuxet Indians bound for slavery.

They left behind smallpox which virtually wiped out those who had escaped. By the time the Pilgrims arrived in Massachusetts Bay, they found only one living Patuxet Indian, a man named Squanto who had survived slavery in England and knew their language. 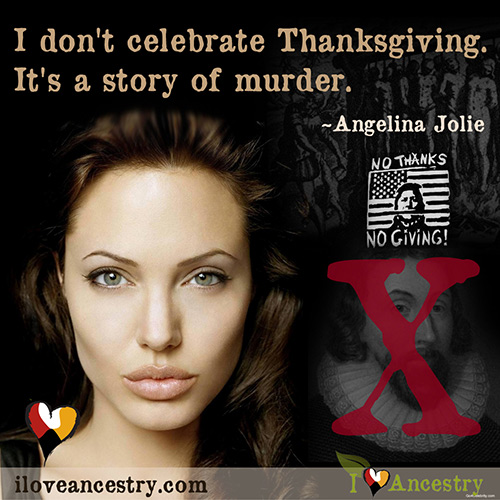 But as word spread in England about the paradise to be found in the new world, religious zealots called Puritans began arriving by the boatload. Finding no fences around the land, they considered it to be in the public domain.

Joined by other British settlers, they seized land, capturing strong young Natives for slaves and killing the rest. But the Pequot Nation had not agreed to the peace treaty Squanto had negotiated and they fought back.

The Pequot War was one of the bloodiest Indian wars ever fought. In 1637 near present day Groton, Connecticut, over 700 men, women and children of the Pequot Tribe had gathered for their annual Green Corn Festival which is our Thanksgiving celebration.

In the predawn hours, the sleeping Indians were surrounded by English and Dutch mercenaries who ordered them to come outside. Those who came out were shot or clubbed to death while the terrified women and children who huddled inside the longhouse were burned alive.

The next day, John Winthrop (1588-1649), the governor of the Massachusetts Bay Colony declared “A Day Of Thanksgiving” because 700 unarmed men, women and children had been murdered.

Cheered by their “victory”, the brave colonists and their Indian allies attacked village after village. Women and children over 14 were sold into slavery while the rest were murdered. Boats loaded with a many as 500 slaves regularly left the ports of New England.

Bounties were paid for Indian scalps to encourage as many deaths as possible. Following an especially successful raid against the Pequot in what is now Stamford, Connecticut, the churches announced a second day of Thanksgiving to celebrate victory over the heathen savages.

During the feasting, the hacked off heads of Natives were kicked through the streets like soccer balls. Even the friendly Wampanoag did not escape the madness. Their chief was beheaded, and his head impaled on a pole in Plymouth, Massachusetts — where it remained on display for 24 years.

The killings became more and more frenzied, with days of thanksgiving feasts being held after each successful massacre. George Washington finally suggested that only one day of Thanksgiving per year be set aside instead of celebrating each and every massacre.

Later Abraham Lincoln decreed Thanksgiving Day to be a legal national holiday during the Civil War — on the same day he ordered troops to march against the starving Sioux in Minnesota.

This story doesn’t have quite the same fuzzy feelings associated with it as the one where the Indians and Pilgrims are all sitting down together at the big feast. But we need to learn our true history so it won’t ever be repeated.

The Real Story of “thanksgiving” By Susan Bates

Next Thanksgiving, when you gather with your loved ones to Thank God for all your blessings, think about those people who only wanted to live their lives and raise their families. They also took time out to say “thank you” to Creator for all their blessings.

SOURCE: “The Real Story of “thanksgiving” By Susan Bates”