Indian Voices is a community service that publishes monthly in San Diego, California with thousands of hard copies going out to various sites including many of the Native American Indian Reservations in San Diego County.

Indian Voices is a Native American Newspaper owned by journalist and political activist Rose Davis and located in San Diego, California. The newspaper is the culmination of efforts on the part community members intent on assisting with the development of an entrepreneurial journalistic endeavor dedicated to bringing the voices of the marginalized and indigenous members of our society into the national discourse, to not only influence policymakers but to enhance the pool of educational material to inform the mainstream about the important role of indigenous people whose enduring presence in the development of our history and society assures its future.

This loose affiliation of volunteers and change agents contribute to the production of a hard copy Native American newspaper and a developing cutting edge website offering academicians and social critics a platform for expression. Particular emphasis is given to exploring and revealing the historically strong connection that exists between the Black and Native cultures.

The mission of Native American Newspaper Indian Voices is to advance and promote a supportive system of information sharing grounded in Native Indigenous values and traditions while developing pioneering efforts to build bridges with emerging grassroots coalitions of labor and community groups in order to create a sustainable economic environment.

The Native American Newspaper’s ongoing project has been under the guidance and supervision of Publisher/editor Rose Davis, a long-time advocate of a sustainable and healthy, balanced living environment and whose work toward this end is her raison d’etre. 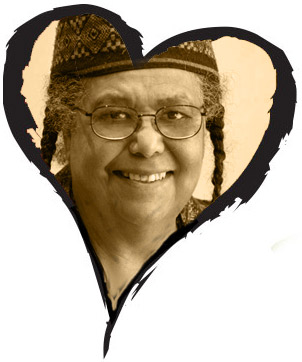 Rose Davis of African and Seminole heritage (Afro Native) has been indefatigably and independently producing the Indigenous American media product Indian Voices for over twenty-five years. She has diligently developed her singular brand of grassroots journalism that has inspired the trust and loyalty of dedicated volunteers and readers.

Born in Wilmington, North Carolina a half-century after the infamous coup d’etat and race riots of 1898 that were generated and cheer led by a biased media whose purpose was to suppress a minority population, Rose has always had a keen sense of journalistic justice.

Related by family ties to the groundbreaking Chicago Defender Rose cut her teeth on observing the effect media neglect has on marginalized communities and the impotence of giving a voice to isolated minorities.