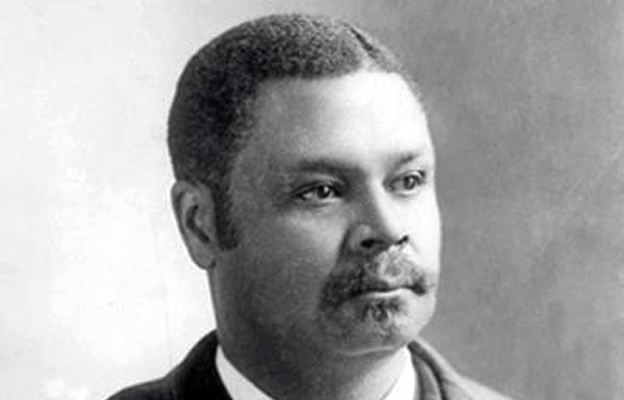 George White, the first Black Indian to serve in Congress. The United States among nations of the world can claim some kind of a prize for its ability to ignore some of its most daring and brave historical figures – if they are people of color. The first Black Indian Congressman, George Henry White of North Carolina, is an example.

Born into slavery in 1852 to parents of African American and Native American lineage, White survived the Civil War to fight for his people against night-riding KKK terrorists.

At a time when the Klan was burning down Black schools and attacking their teachers, he began his education, and in 1872 met David Allen, a teacher who encouraged him to continue his studies. When Allen established the Within Normal School in Lumberton, White enrolled for several years taking courses and boarding with the Allen family.

In 1874 he studied classical subjects at Howard University and graduated in 1877 intending to further his people’s education. Driven by this need, he became a teacher and then a Principal of a school for African-American children.

But then his career took a new turn when he persuaded a white judge to train him as an attorney, and in 1879 he was admitted to the North Carolina bar. The next year he was elected to the state’s House of Representatives, then the state Senate then served eight years as a district prosecuting attorney.

Tall, strong-willed, and eloquent, White decided to run for Congress from North Carolina‘s heavily African American 2nd Congressional district. He was elected in 1896 and again in 1898, increasingly gaining white support.

When George Henry White stood to address the 55th and 56th Congresses, he seemed alone. He was the only person of color in either the House or Senate. White was the last former slave to sit in Congress, the last to serve in the nineteenth century, and the first Black Indian to serve in Congress in the twentieth century.

White reached his high office as people of color were stripped of their new Constitutional rights—the right to hold office and to vote and to sit on a jury, testify, or bring suit against a white person in court.

Former Confederates and white supremacists made sure former slaves were turned into debt-ridden share- croppers — who still labored for their former masters.

Many were even worse off—trapped in a convict lease system that jailed them for minor or no crimes, and then exploited their labor, sometimes for decades. Then there was lynch-mob terror that kept people of color “in their place.”

White had decided violence was not the answer, and to rely on his education, knowledge, and oratorical skills. He would bring truth to the halls of Congress. Speaking as “the sole representative” of his people, White demanded the protection for his people of the three new Constitutional Amendments.

Because he delivered carefully crafted, hard-hitting speeches, his enraged white foes called him “uppity” and “too damn smart” and chose to ignore him. Congressman White was a hard man to ignore.

In 1900 he infuriated his southern white colleagues when he introduced the country’s first federal anti-lynching bill. He bluntly compared lynching to treason and his bill demanded the death penalty for those convicted. The House Judiciary Committee bill buried his bill and it never came to a vote –even though 105 Black people were lynched that year.

The next year when White rose for his final speech, white legislators in North Carolina had made it impossible for him or any other African American or person of color to be elected to the US Congress.

White rose to speak “in behalf of an outraged, heart-broken, bruised, and bleeding, but God-fearing people; faithful, industrious, loyal, rising people—full of potential force.” He was as determined as ever: “I am pleading for the life, the liberty, the future happiness, and manhood suffrage for one-eighth of the entire population of the United States.”

Not until the Great Depression was another African-American elected to Congress, and then not from the South but from Chicago. Not until 1992 did North Carolina elect any but white people to Congress.

They dedicated a day to honoring his service to his county, state, and country. A plaque honoring the fighting congressman is displayed on a prominent downtown street, a post office is named after him, and his portrait adorns the county courthouse.