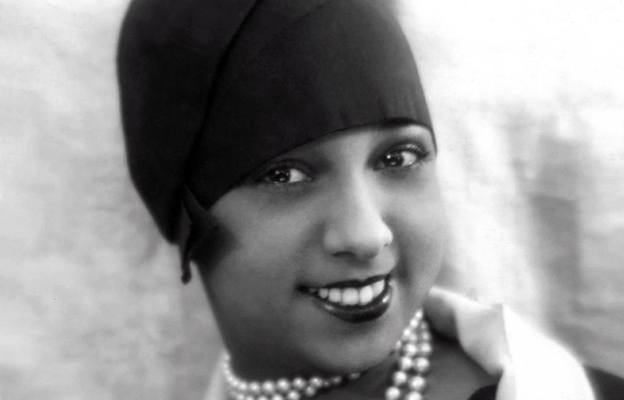 She became a citizen of France in 1937. Josephine Baker became an international musical and political icon. She was given such nicknames as the “Bronze Venus”, the “Black Pearl”, and the “Créole Goddess”.

“The most sensational woman anyone ever saw.”

She is also noted for her contributions to the Civil Rights Movement in the United States. She is remembered also for assisting the French Resistance during World War II, and for being the first American-born woman to receive the French military honor, “La Croix de Guerre.”

Baker dropped out of school at the age of 12 and lived as a street child in the slums of St. Louis, sleeping in cardboard shelters and scavenging for food in garbage cans. Her street-corner dancing attracted a lot of attention which eventually got her recruited for the St. Louis Chorus vaudeville show at the age of 15.

The hate directed against the colored people here in St. Louis has always given me a sad feeling because when I was a little girl I remember the horror of the East St. Louis race riot.

She traveled to Paris, France, for a new venture, and opened in La Revue Nègre on October 2, 1925 at the Théâtre des Champs-Élysées.

She performed the Danse sauvage, wearing a costume consisting of a skirt made of a string of artificial bananas. Her success coincided (1925) with the Exposition des Arts Décoratifs that gave birth to the term “Art Deco”, and also with a renewal of interest in ethnic forms of art, including African.

Baker represented one aspect of this fashion. In later shows in Paris she was often accompanied on stage by her pet cheetah, Chiquita, who was adorned with a diamond collar. The cheetah frequently escaped into the orchestra pit, where it terrorized the musicians, adding another element of excitement to the show.

After a short while she was the most successful American entertainer working in France. In addition to being a musical star, Baker also starred in three films that found success only in Europe: the silent film Siren of the Tropics (1927), Zouzou (1934) and Princesse Tam Tam (1935). She also starred in Fausse Alerte in 1940. 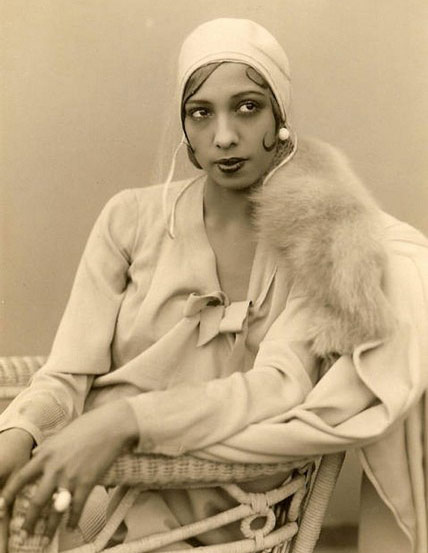 In the words of Shirley Bassey, who has cited Baker as her primary influence, “…she went from a ‘petite danseuse sauvage’ with a decent voice to ‘la grande diva magnifique’…. I swear in all my life I have never seen, and probably never shall see again, such a spectacular singer and performer.”

Despite her popularity in France, Baker never obtained the same reputation in America. Upon a visit to the United States in 1935-36, her performances received poor opening reviews for her starring role in the Ziegfeld Follies and she was replaced by Gypsy Rose Lee later in the run.

Baker returned to Paris in 1937, married a Jewish Frenchman, Jean Lion, and became a French citizen. They were married in the French town of Crèvecœur-le-Grand. The wedding was presided over by the mayor at the time, Jammy Schmidt. Her affection for France was so great that when World War II broke out, she volunteered to spy for her adopted country.

Her agent’s brother approached her about working for the French government as an “honorable correspondent”; if she happened to hear any gossip at parties that might be of use to her adopted country, she could report it.

Baker immediately agreed, since she was against the Nazi stand on race, not only because she was black but because her husband was Jewish. Her café-society fame enabled her to rub shoulders with those in the know, from high-ranking Japanese officials to Italian bureaucrats, and to report back what she heard.

She attended parties at the Italian embassy without any suspicion falling on her and gathered information. She helped in the war effort in other ways, such as by sending Christmas presents to French soldiers.

When the Germans invaded France, Baker left Paris and went to the Château des Milandes, her home in the south of France, where she had Belgian refugees living with her and others who were eager to help the Free French effort led from England by Charles de Gaulle.

As an entertainer, Baker had an excuse for moving around Europe, visiting neutral nations such as Portugal, and returning to France. Baker assisted the French Resistance by smuggling secrets written in invisible ink on her sheet music.

“My people have a country of their own to go to if they choose…[in] Africa… but, this America belongs to them just as much as it does to any of the white race… in some ways even more so, because they gave the sweat of their brow and their blood in slavery so that many parts of America could become prosperous and recognized in the world.”

Later in 1941, she and her entourage went to the French colonies in North Africa to continue helping the Resistance. From a base in Morocco, she made tours of Spain and pinned notes with the information she gathered inside her underwear counting on her celebrity status to avoid a strip search.

She then started touring to entertain Allied soldiers in North Africa. She even persuaded Egypt’s King Farouk to make a public appearance at one of her concerts, a subtle indication of which side his officially neutral country leaned toward.

After the war, for her underground activity, Baker received the Croix de guerre and the Rosette de la Résistance, and was made a Chevalier of the Légion d’honneur by General Charles de Gaulle. Although based in France, Baker supported the American Civil Rights Movement during the 1950s.

She protested in her own way against racism, adopting 12 multi-ethnic orphans, whom she called the “Rainbow Tribe.” In addition, she refused to perform for segregated audiences in the United States. Her insistence on mixed audiences helped to integrate shows in Las Vegas, Nevada.

In 1951, Baker made charges of racism against Sherman Billingsley’s Stork Club in Manhattan, where she alleged that she had been refused service. Actress Grace Kelly, who was at the club at the time, rushed over to Baker, took her by the arm and stormed out with her entire party, vowing never to return.

The two women became close friends after the incident. Testament to this was made evident when Baker was near bankruptcy and was offered a villa and financial assistance by Kelly (who by then was princess consort of Rainier III of Monaco). 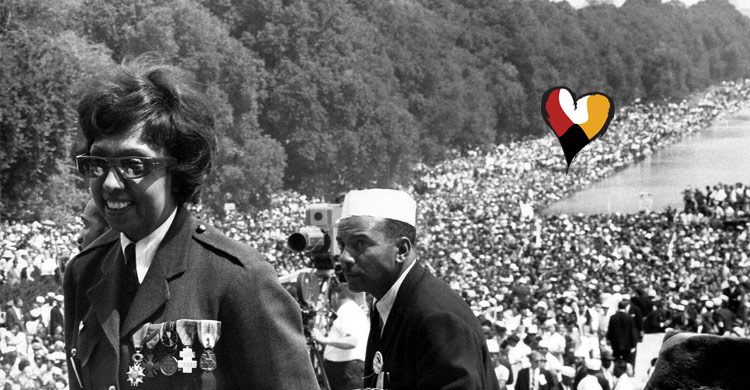 Josephine Baker worked with the NAACP. In 1963, she spoke at the March on Washington at the side of Martin Luther King, Jr. Baker was the only official female speaker and while wearing her Free French uniform emblazoned with her medal of the Légion d’honneur she introduced the “Negro Women for Civil Rights.” Rosa Parks and Daisy Bates were among those she acknowledged and both gave brief speeches.

On April 8, 1975, Baker starred in a retrospective revue at the Bobino in Paris, Joséphine à Bobino 1975, celebrating her 50 years in show business. The revue, financed by Prince Rainier, Princess Grace, and Jacqueline Kennedy Onassis, opened to rave reviews.

“I have walked into the palaces of kings and queens and into the houses of presidents. And much more. But I could not walk into a hotel in America and get a cup of coffee, and that made me mad.”

Demand for seating was such that fold-out chairs had to be added to accommodate spectators. The opening-night audience included Sophia Loren, Mick Jagger, Shirley Bassey, Diana Ross and Liza Minnelli.

Josephine Baker died from a cerebral hemorrhage at aged 68, on April 12, 1975. Her funeral was held at L’Église de la Madeleine. The first American-born woman to receive full French military honors at her funeral, Baker locked up the streets of Paris one last time. She was interred at the Cimetière de Monaco in Monte Carlo.

SOURCE: Based on materials from Wikipedia License CC BY-SA 3.0