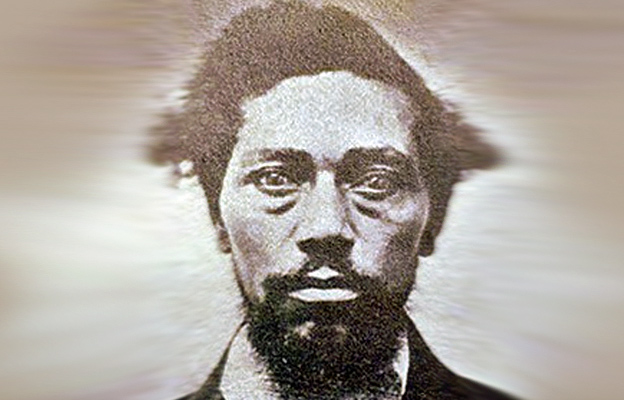 Dangerfield Newby, The Real Django was the oldest of John Brown’s raiders, one of five black raiders, and the first of his men to die at Harper’s Ferry, Virginia.

Born as enslaved African in Fauquier County, Virginia, Dangerfield Newby (1815 – 1859) married a woman also enslaved. Newby was later freed by his Scottish father, but his wife and seven children remained in bondage. A letter found on his body revealed the motive for joining John Brown and the raid on Harper’s Ferry.

Dangerfield Newby ‘s wife was the slave of Jesse Jennings, of Arlington or Warrenton, Virginia. She and her children were sold to Louisiana after the raid. Newby had been unable to purchase the freedom of his wife and seven children.

Their master raised the price after Newby had saved the $1,500 that had previously been agreed on. Because all of Newby’s other efforts had failed he hoped to free them by force. On the 17th of October, 1859, the citizens of Harper’s Ferry set to put down the raid.

Harper’s Ferry manufactured guns but the citizens had little ammunition, so during the assault on the raiders they fired anything they could fit into a gun barrel. One man was shooting six-inch spikes from his rifle, one of which struck Newby in the throat, killing him instantly.

After the raid, the people of Harper’s Ferry took his body, stabbed it repeatedly, and amputated his limbs. His body was left in an alley to be eaten by hogs. In 1899 the remains of Newby-plus remains of nine other raiders-were reburied in a common grave near the body of John Brown in North Elba, New York.

Harriet’s poignant letters (Dangerfield Newby’s wife), found on his body after the failed Harper’s Ferry raid, proved instrumental in advancing the abolitionist cause.

SOURCE: Based on materials from PBS.org and Wikipedia.