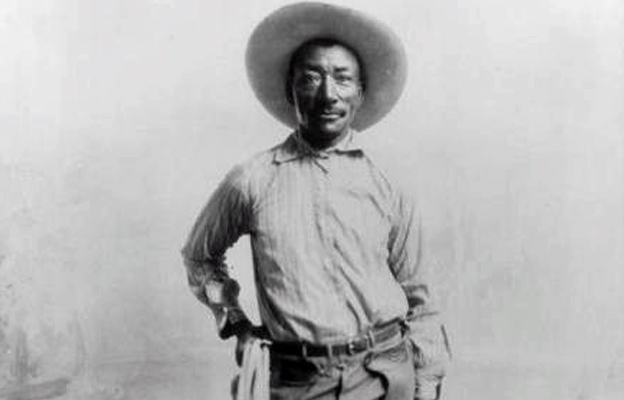 Bill Pickett, the inventor of bulldogging, was a legendary cowboy of African and Cherokee heritage. Honoring the irrevocable connections to our ancestors.

Bulldogging Inventor Bill Pickett (Dec. 5, 1870 – Apr. 2, 1932) began his career as a cowboy while in grade school. Pickett soon began giving exhibitions of his roping, riding, and bulldogging skills. He became the first cowboy movie star of color. By 1888, his family had moved to Taylor, Texas, and Bill performed in the town’s first fair that year.

He and his brothers started a horse-breaking business in Taylor, and he was a member of the National Guard and a deacon of the Baptist church. He signed on with the 101 Ranch show in 1905, becoming a full-time ranch employee in 1907. Soon he moved his wife and children to Oklahoma. 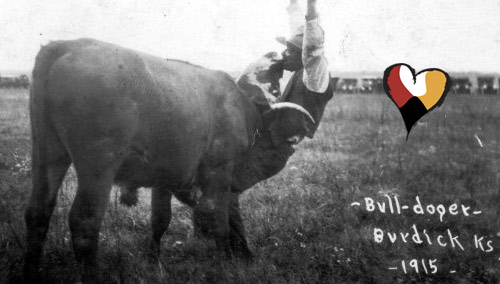 From 1905 to 1931, the 101 Ranch Wild West Show was one of the great shows in the country. The 101 Ranch Show introduced bulldogging (steer wrestling), an event invented by Bill Pickett, one of the show’s stars.

Riding his horse, Spradley, Pickett came alongside a Longhorn steer, dropped to the steer’s head, twisted its head toward the sky, and bit its upper lip to get full control. Cowdogs of the Bulldog breed was known to bite the lips of cattle to subdue them. This was how Pickett’s technique got the name “bulldogging.” 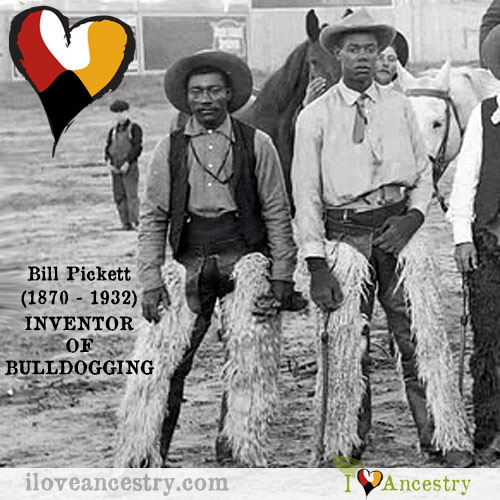 He later performed in Canada, Mexico, South America, England. Had he not been banned from competing with White rodeo contestants, Pickett might have become one of the greatest record-setters in his sport.

He was often identified as an American Indian or some ethnic background other than black to be allowed to compete. Bill Pickett died in 1932, after he was kicked in the head by a horse. Famed humorist Will Rogers announced the funeral of his friend on his radio show. His grave is on what is left of the 101 Ranch near Ponca City, Oklahoma.

Bill Pickett has a Headstone beside the graves of the Miller brothers at the Cowboy Hill Cemetery, But he is buried near a 14-foot stone monument to the friendship of Ponca Tribal Chief White Eagle And the Miller Brothers on Monument Hill, also known as the White Eagle Monument To the locals, Less than a Quarter of a mile to the North-East of Marland in Noble County, Oklahoma. Honoring the irrevocable connections to our ancestors. 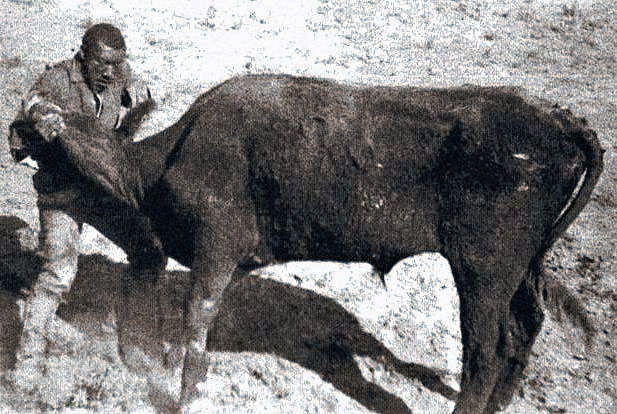